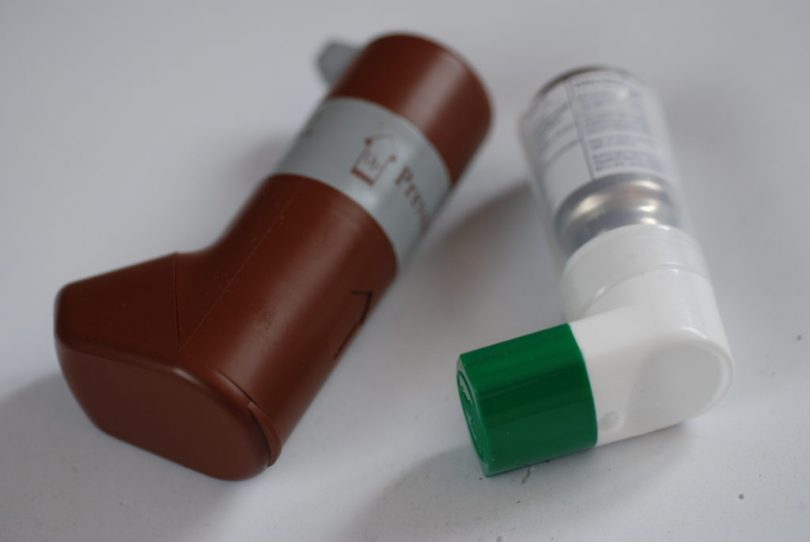 For many people with chronic obstructive pulmonary disease or COPD, a steroid inhaler is a daily necessity to keep their airways open and help them to breathe. Now, a new UBC analysis shows that these medicated devices may also reduce patients’ risk of lung cancer by as much as 30 per cent.

The researchers evaluated 10 years’ worth of medical and pharmacy data for 39,676 adults in British Columbia who were diagnosed with COPD, including 994 people who were later diagnosed with lung cancer. They compared outcomes for people who took inhaled steroids versus those who used beta agonists, another class of drugs used to treat COPD.

Beta agonists, which work by relaxing muscles in the lungs to widen the airways, are the first choice of treatment for COPD. But doctors will often prescribe steroids, which reduce the number of inflammatory cells called eosinophils in the lungs, for more severe cases.

“Results showed that if you had COPD and consistently used a steroid inhaler, your chances of getting lung cancer were between 25 per cent and 30 per cent lower compared to people who took other treatments,” said study author Larry Lynd, a professor who leads the Collaboration for Outcomes Research and Evaluation project at UBC’s faculty of pharmaceutical sciences and an associate member of the faculty of medicine.

COPD is a group of diseases, including emphysema and chronic bronchitis, that hamper airflow to the lungs and cause serious long-term disability and early death. Although there is no cure, treatments can help manage the disease.

“In Canada alone, more than 700,000 people have been diagnosed with COPD,” said study co-author Don Sin, a professor of medicine at UBC and the Canada Research Chair in COPD. “These results highlight the importance of identifying which of those patients may be at the highest risk for lung cancer and may benefit from therapy with inhaled steroids.”

The study, recently published in European Respiratory Journal, is limited by its reliance on administrative data, which limits the scope of data available for analysis, and the fact that COPD diagnosis was based solely on prescription records. For the next stage in this research, the researchers plan to do studies to understand how steroids reduce lung cancer risk in COPD patients.

“More work is clearly needed to understand the exact nature of the relationship between lung cancer risks and steroid use,” said Lynd. “Over the next few months, we will find out which COPD patients would benefit the most from inhaled steroids.”