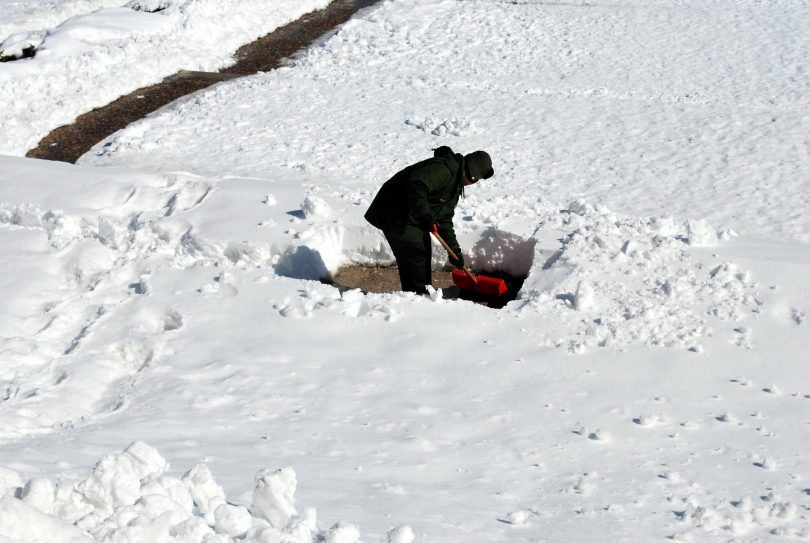 The mild-weather crocuses that West Coast Canadians like to boast about are now covered in white as the area gets a cold taste of what’s hit the rest of the country for the past several months: Snow. And lots of it.

But before you pick up that shovel with the zeal of an Olympic athlete, be aware that the link between heart attacks and snow shovelling has been well established for almost 60 years. A study on the effect of cold temperatures on mortality in Ontario shows that cold-related effects were stronger for cardiovascular-related deaths, especially among people under 65.

Dr. Krishnan Ramanathan, cardiologist and Medical Director of the Cardiac Intensive Care Unit at St. Paul’s Hospital, says, “We see the most problems with male weekend warriors – people who largely don’t exercise and then go out and shovel snow – an extreme  form of exercise that is strenuous on the heart. Even if they exercise on a treadmill, snow shovelling is far more taxing on the heart.” He says the chance of having a heart attack while shovelling snow is 150 times higher if you are a couch potato or are not a habitual exerciser.

There are many reasons for the higher risk. First, the arm and back muscles are used and they’re closer to the heart. Second, shovellers are outside in the cold, causing the blood vessels to contract. As well, people tend to strain and hold their breath while shovelling, which causes surges in blood pressure and places additional stress on the heart.

Morning shovelling can be a “one-two punch to the heart”

Add to that the fact that most people shovel their driveways and sidewalks between six and 10 am. Our normal circadian rhythms cause our blood pressure to drop when we sleep. Hormones increase in the morning when our activity levels gear up, which increases our heart rate and blood pressure. “Add morning snow shovelling to the mix, and it’s like a one-two punch to the heart,” says Dr. Ramanathan.

Still another factor is the notion that many people don’t think of shovelling snow as “exercise.” It’s just another chore on the list of many things to do around the house. If you think that, think again.

Says Dr. Ramanathan, “All of these factors combined create the perfect storm for having a heart attack.”

Who’s most at risk?

He says people who should probably not be snow shovelling include:

Finally, listen to your body. If you experience any of the early signs of a heart attack such as chest pain, arm pain, lightheadedness, dizziness or anything that physically makes you worry about your health, call 911 and get yourself to the hospital.

Concludes Dr. Ramanathan, “As a heart specialist, I advise that if you have symptoms that worry you, those are important warning signs. Early detection and treatment of heart attack is critical for minimizing injury.”

Please note: This story ran and was published last year in February 2019.