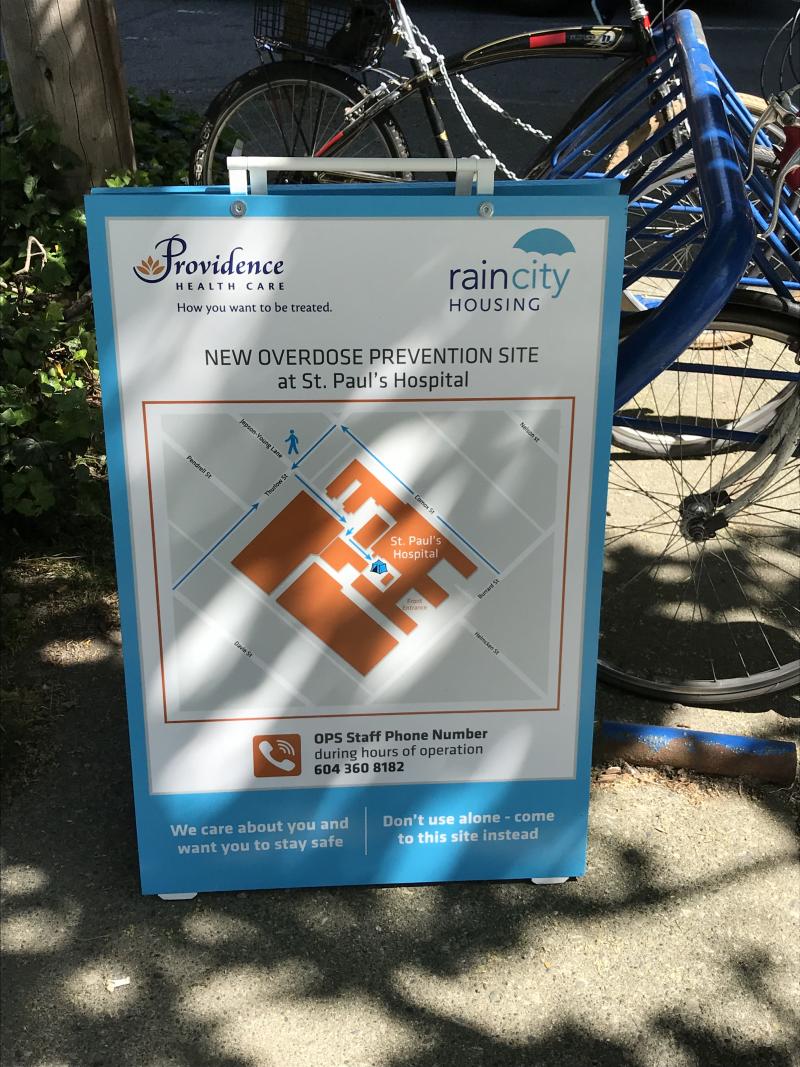 A group from the Downtown Vancouver Business Improvement Association (BIA) recently visited the new Overdose Prevention Site on the grounds of St. Paul’s Hospital to learn how the tent operates and how it forms part of the hospital’s wrap-around services for people who use substances.

The team of eight people who toured it learned that the tent is a safe, quiet place in which to use substances and receive access to care if needed. They also received a demonstration of how to administer naloxone.

Charles Gauthier, President and CEO of the Downtown Vancouver BIA, said he and the group were so impressed by the site they would love to see more of them downtown, particularly in the south part of Granville Street, where the need is great. 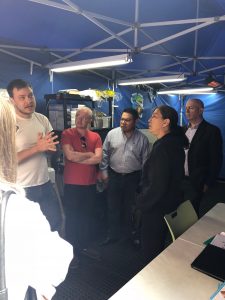 The BIA, which represents a 90-block region within the downtown core, has officially endorsed such consumption sites.

This tour comes amid a continuing increase in the number of visitors to the OPS, the first such facility in the Vancouver Coastal Health region outside of the Downtown Eastside.

Since the OPS opened May 7, over 625 people have sought it out as a supportive and non-judgmental place in which to use substances and get access to care if need be. The number of visitors between June 18 and 24 averaged 10 per day. Men continue to make up the vast majority of visitors of the OPS tents.

It is funded by VCH and staffed by RainCity Housing. Peer support staff play an important role in its service.

Anna Mathen, RN at St. Paul’s who played a role in bringing the OPS to life, said it was encouraging to see the overall support the group demonstrated for the work of the OPS. “I was impressed with their genuine curiosity and the enthusiasm that they had for the site.”

Gauthier says the site offers benefits for visitors who use it, as well as West End residents and businesses.

“The OPS is a part of harm reduction and it’s good for all of us.”