Women living with HIV who experience higher levels of racism are less likely to be engaged in HIV care.

That’s according to research from the BC Centre for Excellence in HIV/AIDS (BC-CfE) at St. Paul’s Hospital, BC Women’s Hospital and Simon Fraser University published June 19 in the Journal of Acquired Immune Deficiency Syndromes. This finding is based on analysis of more than 1,400 women living with HIV in BC, Ontario and Quebec enrolled in the Canadian HIV Women’s Sexual and Reproductive Health study (CHIWOS), Canada’s largest ongoing community-based study.

“Experiences of racial discrimination account for a very significant loss from HIV care, but we observed no such relationship when we looked at racial identity,” said Dr. Angela Kaida, an Associate Researcher with the BC-CfE, Associate Professor at SFU and senior author on the study. “These findings reveal that it is not that Indigenous women, for example, are somehow ‘at risk’ of attrition because they are Indigenous. Rather, the environments within which they live, interact with daily and seek care shape their engagement in the HIV care cascade.” 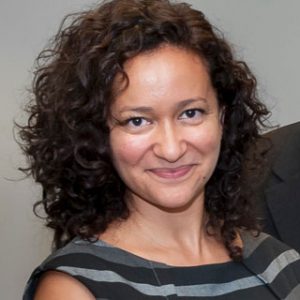 Dr. Angela Kaida, an Associate Researcher with the BC-CfE.

“This study clearly shows a need to achieve more inclusive care for individuals who may feel culturally or otherwise excluded from existing care systems. Accounting for a historical system of colonialization is also critical to effectively include all individuals in consistent HIV treatment and care,” said Valerie Nicholson, an Elder, Indigenous woman living with HIV and CHIWOS study team member.

Click here to read the BC-CfE news release about this research.