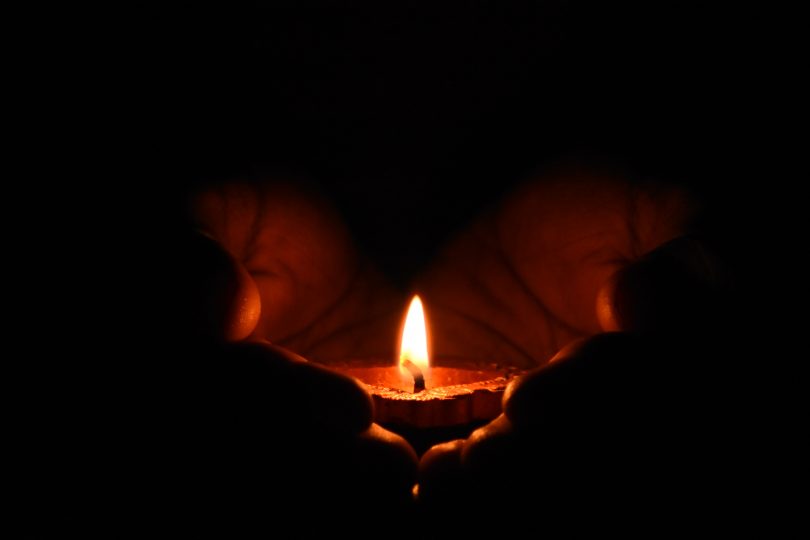 Kit Chan recalls one night when she found herself awake at 2 a.m. thinking about a resident at St. Vincent’s: Langara who had recently passed away.

Chan, a registered dietitian at the residential care facility, had enjoyed the man’s friendly visits to her office every day. When he died unexpectedly, it left her wondering: Did she do enough for him? Did she have a chance to say goodbye?

This is just one of many times when the emotional toll of a resident’s death followed her outside the workplace. And she’s far from alone in experiencing this type of stress. In 2015, Chan was having coffee with her colleagues, physiotherapist Anne Leclerc and occupational therapist Karen Pott, and they all expressed feeling physically and emotionally drained due to what seemed like a tidal wave of resident deaths and a high number of residents with complex needs.

Inspired to delve deeper into the issue, Chan, Leclerc and Pott assembled a research team and embarked on a two-part study (the first funded by the Providence Health Care Practice-Based Research Challenge; the second by the Research Services at WorkSafe BC). They wanted to understand how interdisciplinary residential care team members are affected by the death of residents they are caring for. They also sought to identify strategies – such as focusing on self-care, increasing comfort with end-of-life conversation, and promoting the need for palliative care resources – to help staff better cope with death. A final report of the Phase 2 study is expected later this fall.

This surge in deaths has generated an increase in related stress across all of Providence’s long-term care sites and all levels of staff. When the research team surveyed staff members who care for dying residents, more than half the participants reported moderate to high levels of emotional exhaustion.

“The response from people, they just poured their hearts out to us,” Chan says, noting respondents also answered open-ended questions in which they laid bare their feelings. “I had tears in my eyes just reading all those experiences.”

More and more, residential or long-term care facilities are acting like hospices providing palliative care; however, they are not resourced for such services, the researchers report. Meanwhile, staff at these facilities don’t always know how to support families of dying residents, nor do they feel they have ample time to deliver the best care.

“We definitely see a lot of burnout – emotional burnout and physical burnout – from the staff. If we don’t do anything to support the staff, we will be losing people, and care will not be adequately provided for the residents,” Chan says.

Chris Bernard is one of the members of the research team. As a spiritual health practitioner, part of his role is to support staff when a resident dies.

“It never ceases to be a bit of a shock when you lose your residents, no matter how long you’ve worked here,” says the 20-year Providence employee.

It’s not unusual for staff to become attached to their residents, having built more than a caregiver/care receiver relationship.

“Our residents are older than we are, and it’s almost like loving your grandparents. They have so many wonderful, captivating qualities, our elders – the stories they tell, just who they are,” Bernard says.

But in the residential care setting, staff may not be psychologically or emotionally prepared for the onslaught of multiple deaths in quick succession. As Bernard has observed, the resulting grief can snowball.

“If it’s not acknowledged, if it’s not dealt with, it goes underground and can have adverse effects,” he says, explaining accumulated grief can manifest as distress, fatigue, loss of appetite, loss of interest, and sleeplessness.

“My role is to bring that grief up to the light and help the staff acknowledge the loss,” he says, adding, “Grief is not a negative thing. It means that we’ve loved people and we miss them and it hurts.”

Although the survey results indicated an increase in stress related to caring for dying residents, Bernard was heartened to see that respondents, for the most part, still felt accomplished in their work and did not report feelings of detachment.

Taking the next steps

The research team is recommending a host of strategies to prevent workplace stress and moral distress among staff as they adjust to the new reality of long-term care. For the individual, a coping strategy might include self-awareness and mindfulness; for care teams, it may be beneficial to focus on building relationships and ensuring staff, families and residents are “on the same page”; for the organization, recommendations include advocating for more resources when someone is actively dying, and recognizing the unique role and stressors residential care staff face.

A few changes have already been made at Langara in the event of a death. Monthly memorial services, which were held in the chapel for many years, now take place in the larger and more accessible dining room. So far, this move has boosted attendance from both staff and residents. Bernard has also started leading “mini memorials” at the nursing stations so staff needn’t take time away from work.

Previously, when a resident died at Langara, their body would be removed from the facility in a vinyl body bag on a gurney. Thanks to the generosity of a local quilters’ guild, staff now drape donated handmade quilts over the deceased during this final farewell.

“We often have welcoming rituals when people move in, but when people pass away, we kind of hide it,” says Chan, who on several occasions has come together with other staff to escort the quilted body outside as part of this new ritual.

As the research team prepares to release their final report, they are sharing their findings and recommendations far and wide with the goal of fostering ethical and effective end-of-life care for residents and their families, while at the same time supporting the health and well-being of long-term care team members.