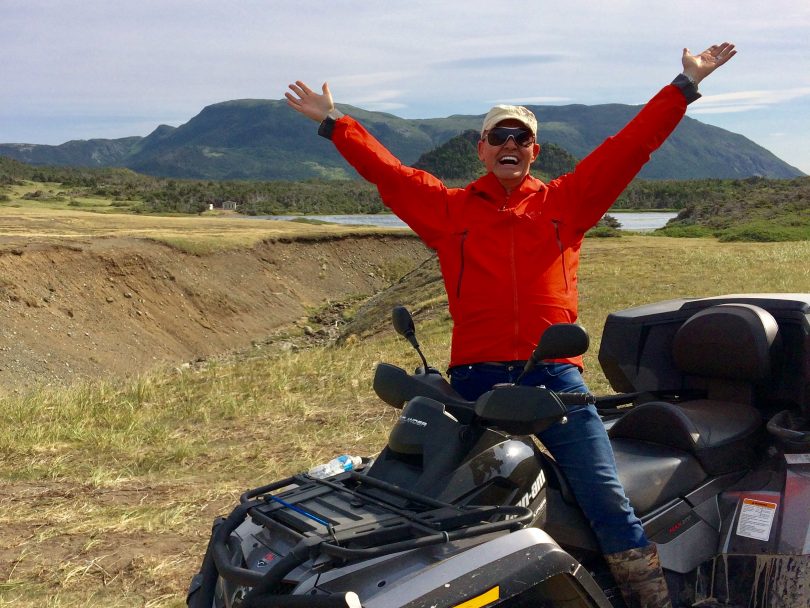 Joseph Darrigan, 57, was diagnosed with type 2 diabetes five years ago shortly after his brother, Andy, died from cardiac complications of the same disease – one of two brothers who had type 1 diabetes. Darrigan, a flamboyant and talented hair stylist who worked on his feet all day, had experienced no symptoms and only learned he had it because of what he described as “fluke general testing” ordered by his GP.

“I won the lottery in the genetics pool,” joked Darrigan.

The providence of the timing of the news motivated him to take control of the disease. The question he faced is likely asked by many upon diagnosis:  what next? How does one navigate the maze of treatment?

“The greatest challenges newly diagnosed diabetes patients encounter are the overwhelming amount of information they must process, and the requirement to learn new habits and maintain that changed behaviour,” said Dr. Ehud Ur, director of the Diabetes Centre at St. Paul’s Hospital (SPH).

“Most individuals can be treated with diet and exercise alone in the initial period after diagnosis. But the need for medication becomes inevitable over the long term as your genetic tendency to develop high sugars catches up with you,” added Dr. Ur.

Darrigan worked closely with his GP to trial and identify the right medication for him. While he was gifted at creating flattering hairstyles that enhanced his clients’ best features, finding a medication plan that suited his own body did not come naturally.

“It’s like a dating app – trying to find the right match. And a crap shoot. Some drugs work for me, some don’t. Many have side effects,” said Darrigan.

Darrigan’s GP sent him to the SPH Diabetes Centre. By that point, he was so fatigued from not being able to keep his blood sugar normal that he could “fall asleep pinned up on a clothesline.”

Darrigan was impressed with the thoroughness of the Diabetes Centre and how easy it was to follow the instruction. He was shown where the pancreas is and what it does, and learned about neuropathy and the havoc it can wreak on the body of a person with diabetes. He said that eye, heart, circulation and leg nerves are the key issues they worry about there. He keeps a close watch on all of them, including getting his eyes tested every six months and checking his feet for ulcers.

Although he’d already been optimizing his health through good nutrition, exercise, and quitting smoking, he learned how to properly balance proteins with carbohydrates. For instance, rye bread is better for people with diabetes than whole grain bread, almond butter preferred over peanut butter. And he was able to access a wealth of diabetes recipes that made meals both delicious and safe.

Not a fan of breakfast, he found himself debating with one of the dietitians the need to eat in the morning. Every time a potential meal was suggested, he vetoed it. She finally said, “Joseph, you’ve got to give me something.”

He reluctantly agreed to try real Greek yogurt, the raw, unsweetened kind he’d previously found off-putting. At her suggestion, he “berried it up” the night before, opening the lid and bombing it with blueberries and raspberries.

“The next morning, the colours in the yogurt were so pretty, it looked like the gay pride flag,” chirped Darrigan. “And it tasted great, too!”

His diabetes was stable when a stressful cross-country move suddenly triggered acute symptoms. He was so weary he couldn’t drive or walk a straight line, and his vision was blurred. He landed in an unfamiliar ER to discover that his A1C (a type of blood glucose test) had skyrocketed to a catastrophic level, and he underwent treatment. His symptoms and medications are now closely monitored by his new GP.

“It’s proven essential for me to be proactive with my doctors about diabetes, and I’m sure it’s the same for many. Don’t be afraid to ask questions, especially about medications, and keep on top of your testing so you know where you stand. As my GP said, when it comes to diabetes, no news is not good news. No news is no news,” added Darrigan.