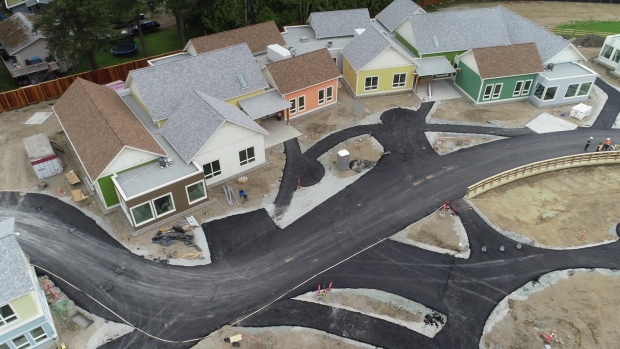 Canada's first dementia village is set to open its doors in July. (Photo courtesy of the Village / Handout / CTV News).

Canada’s first seniors’ community designed for those suffering from Alzheimer’s and dementia is set to open in Langley this July.

Dubbed “The Village,” the project has a series of one-storey buildings, including cabins and a community centre, spread across five acres.

A similar site has been announced for the former Mount St. Vincent’s hospital site.