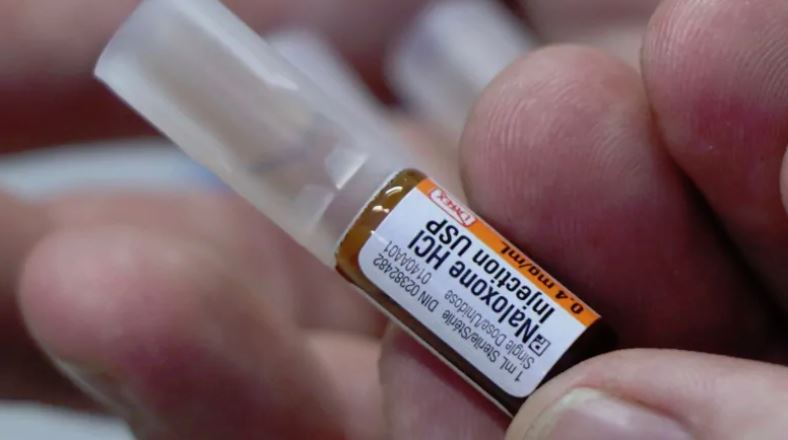 The rapidly increased distribution of take-home naloxone kits — the drug that reverses the effects of opioids like heroin and fentanyl — is one initiative researchers are crediting with the prevention of thousands of overdose deaths in B.C. (Rafferty Baker/CBC)

The overdose crisis has killed an astonishing number of people across Canada, and British Columbia has been hit especially hard. A new study published Wednesday in the journal, Addiction, found that without harm reduction efforts, the death toll would have been more than twice as horrific.

Researchers looked at nearly two years of data, beginning when the public health emergency was declared in B.C. in April 2016 and ending in December 2017.

A woman helps a man inject ‘down,’ which may be heroin or fentanyl, at the Overdose Prevention Society’s injection room in Vancouver. Overdose prevention sites are responsible for preventing about 230 deaths in B.C. from April 2016 to December 2017.