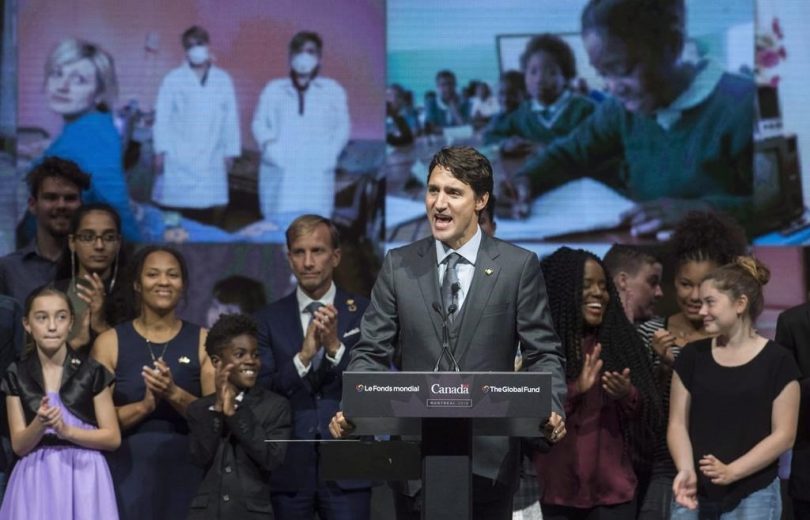 Prime Minister Justin Trudeau addresses the audience during the closing ceremony at the Global Fund conference on Saturday, September 17, 2016 in Montreal. (File photo by The Canadian Press/Paul Chiasson)

International concern is growing in medical and development circles that the Trudeau government is about to step back from its much-publicized global leadership on eradicating AIDS, tuberculosis and malaria.

In 2016, Trudeau announced with fanfare that Canada was contributing $804 million to the Global Fund, a 24-per-cent increase to the international organization that aims to curb the three afflictions that are now widely seen as preventable with the proper amount of medical and financial support.

“Other countries are starting to move in that direction,” said Dr. Julio Montaner, the director of the British Columbia Centre for Excellence in HIV/AIDS.

Click here to read the story on Canada’s National Observer.