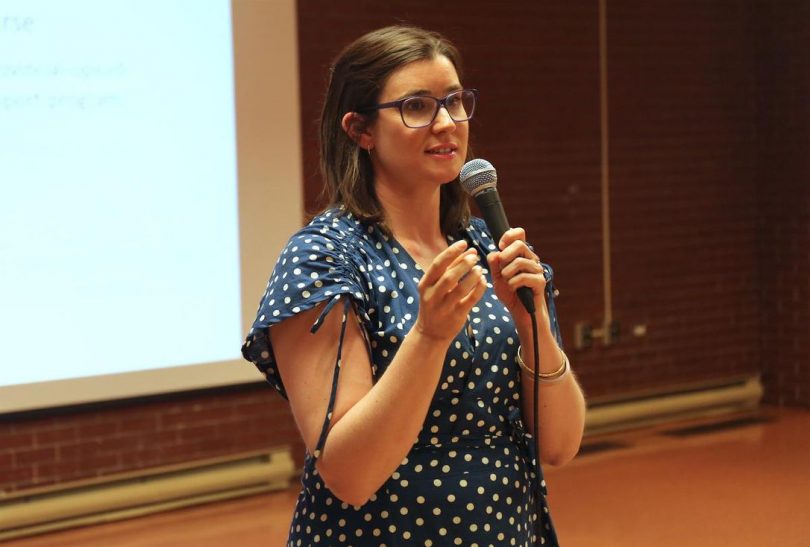 Dr. Christy Sutherland is the Education Physician Lead with the BCCSU and is a family doctor and diplomat of the American Board of Addiction Medicine who works in Vancouver’s Downtown East Side providing care to Canada’s most vulnerable population. Dr. Sutherland is is the Medical Director of the Portland Hotel Society where she leads a team of physicians and nurses who are embedded in low barrier, harm reduction projects, as well as a member of the St Paul’s Addiction Medicine Consult Service, and the lead physician for the Rapid Access to Consultative Expertise (RACE) line.

Nova Scotia may not see the same level of opioid deaths as the west coast, but as Halifax’s overdose site prepares to open this year, Dr. Christy Sutherland, Education Physician Lead at the BC Centre on Substance Use, says it’s vital to have systems in place before “things shift.”

Sutherland is originally from Halifax and got her medical degree at Dalhousie University before completing her family medicine residency at the University of British Columbia in 2010. She has worked for years in Vancouver’s Downtown Eastside, and is the medical director of the Portland Hotel Society non-profit, as well as education physician lead with the British Columbia Centre on Substance Use (BCCSU).

Read the full story on The Star.