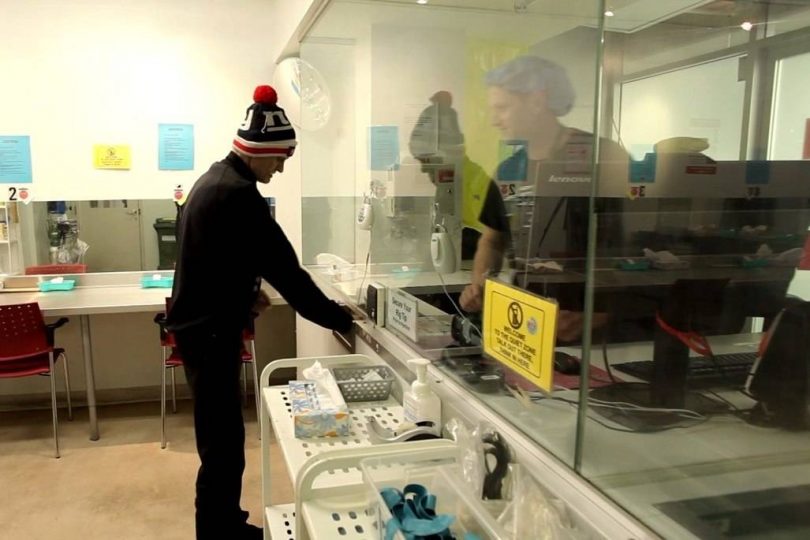 Since November 2014, one Downtown Eastside clinic has given patients prescription heroin as a method of treatment for severe addictions. Now a provincial drug-user group wants the government to expand access. (Photo Credit: AMANDA SIEBERT)

The cooperatives would function similar to buyers clubs of the HIV/AIDS crisis of the 1980s, letting members procure pharmaceutical opioids as safer alternatives to illegal drugs found the street.

A large group of drug users living in cities and towns across B.C. has put forward a plan its members maintain could significantly reduce overdose deaths.

The call is largely in reference to a detailed report that was published by the B.C. Centre on Substance Use (BCCSU) last February.

Read the full story in The Georgia Straight.