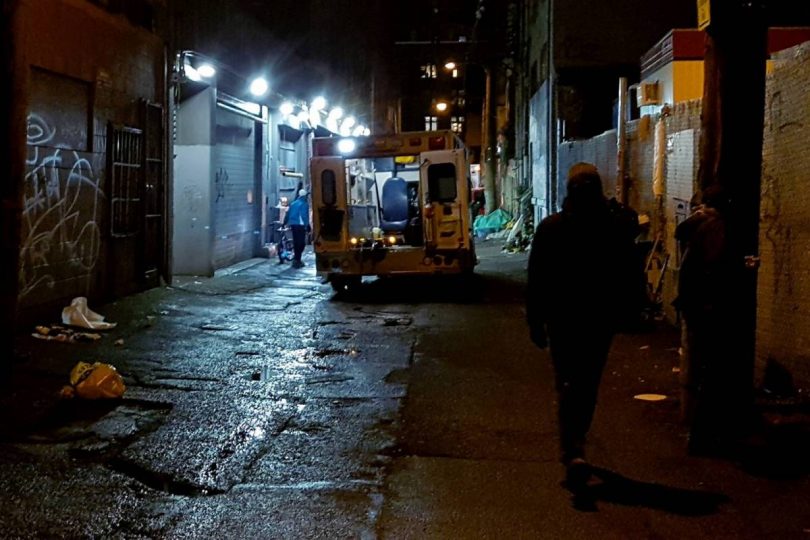 Vancouver's Downtown Eastside has long struggled with a disproportionate number of residents who struggle with a mental-health challenge, and addictions issue, or both, which is common enough for authorities to have labeled a "concurrent disorder." (Photo courtesy of Travis Lupick / The Georgia Straight).

In 2013, former Vancouver police chief Jim Chu and former mayor Gregor Robertson sat side by side at a news conference and called attention to a “growing crisis” of severe mental illnesses.

Section 28 apprehensions under the B.C. Mental Health Act⁠—a law that lets police take a person into custody if an officer deems them a threat to themselves or others—had increased 16 percent from 2010 to 2012.

Thomas Kerr is senior scientist at the B.C. Centre on Substance Use (BCCSU) and a professor in UBC’s department of medicine. In 2015, he coauthored a paper that called into question the accuracy of the VPD’s claim of a mental-health crisis.

Click here to read the full story in The Georgia Straight.