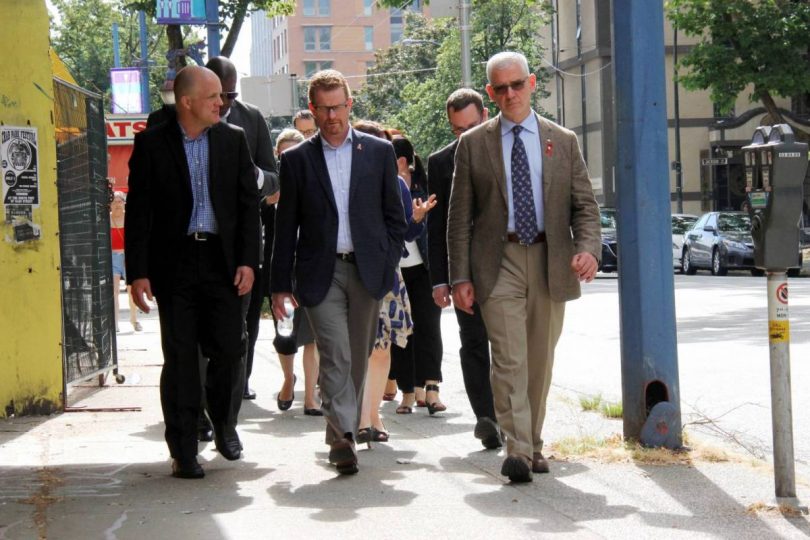 In June 2015, Dr. Julio Montaner (right), a prominent researcher and head of the B.C. Centre for Excellence in HIV/AIDS, joined then B.C. health minister Terry Lake (centre) and other government officials on a walk around Vancouver's Downtown Eastside. (Photo credit: The Georgia Straight)

A little more than 20 years after Vancouver became known internationally as the city with the “highest HIV-infection rate in the Western World,” the provincial government has said B.C. now “nears the end of the AIDS epidemic”.

On World AIDS Day (December 1), the province announced that 2018 saw a record-low number of new HIV cases in B.C.

Click here to read the full story in The Georgia Straight.

Similar story can be found in the following media outlets: Vancouver Is Awesome, Williams Lake Tribune and Richmond News.