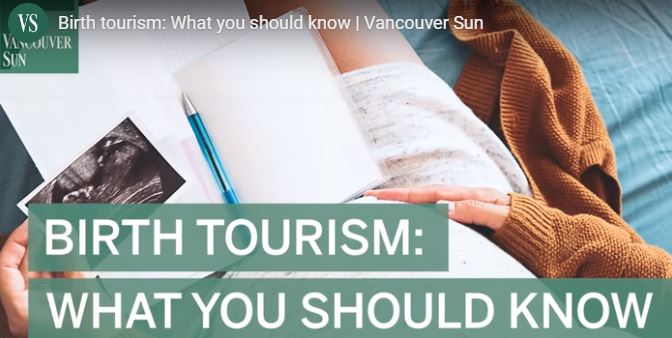 Birth Tourism: What you should know (Photo credit: Vancouver Sun)

Australia, the United Kingdom, New Zealand, France, Germany and South Africa have all altered their citizenship laws to discourage birth tourism, but not Canada.

Canada could see an uptick in birth tourism after the Trump administration granted its customs officers more powers to prevent pregnant women from entering the United States.

Foreign nationals give birth to about 10 per cent of babies born at St. Paul’s Hospital and Mount St. Joseph, according to the Canadian Institute for Health Information.

Click here to read the full story on the Vancouver Sun.