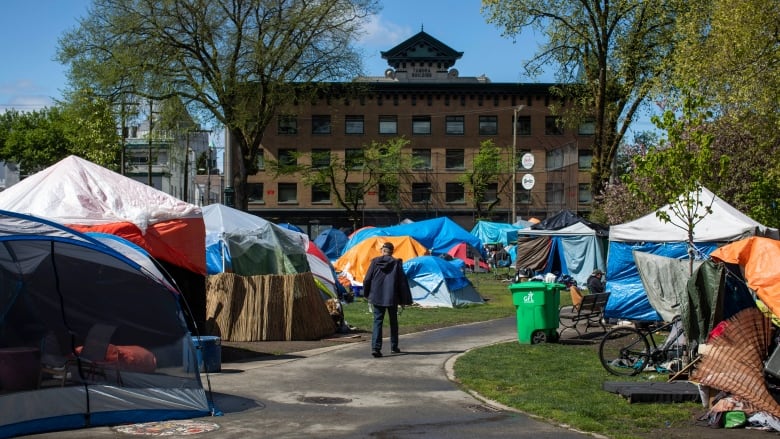 Oppenheimer Park in Vancouver's Downtown Eastside is pictured April 23, 2020, before nearly 300 people were moved out of the park and into housing. At the same time, dozens of people from the park received prescriptions to replace illicit drugs. (Photo credit: CBC News)

At least 214 people in Downtown Eastside have been started on safe-supply prescriptions under new guidelines.

For Happy Kreter, doing outreach in Vancouver’s Oppenheimer Park was an all-consuming activity going back as far as January.

Kreter, who works for the Portland Hotel Society (PHS), was at the park in the Downtown Eastside for the massive effort to meet a deadline earlier this month to clear the park and move the approximately 300 residents into housing.

According to PHS medical director Dr. Christy Sutherland, at least 214 people have been started on safe supply prescriptions in the Downtown Eastside since the new guidelines were announced.