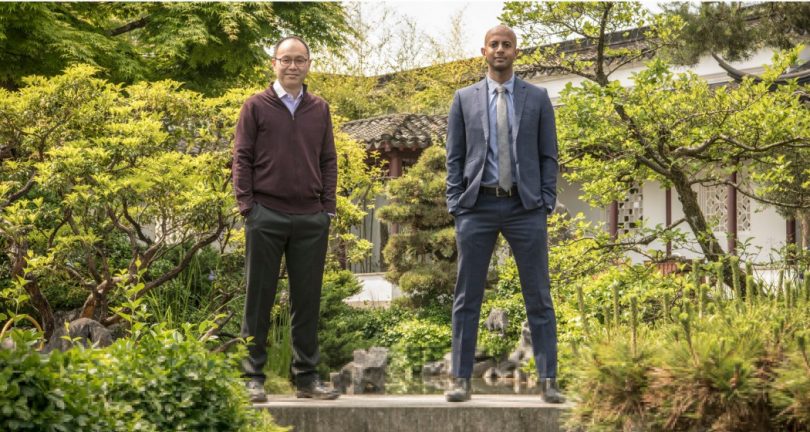 The reality is certain groups of people are at higher risk of contracting certain diseases. Right now, doctors at St. Paul’s are advancing our understanding of two cancers that are much more prevalent in Asians than people from other parts of the world.

“I tell my patients, I’m not just here to add years to your life. I want to improve the quality of your life,” says Dr. Andrew Thamboo, rhinologist and research director of St. Paul’s Sinus Centre. “I want them to be able speak well, to smell the flowers, to enjoy their food – all the simple things.”

Thamboo is developing new forms of treatment for nasopharyngeal cancer (NPC), which forms in the back of the nose. NPC is rare, unless you’re Chinese.

The disease doesn’t show symptoms until it has progressed quite far. Treatment often requires radiation, which can drastically affect a patient’s voice, vision, ability to swallow, and even their sense of taste and smell. “It impacts patients so much,” says Thamboo. “Their whole sinonasal system becomes non-functional.”

If the disease recurs, which happens in about 20% of cases, curative radiation is no longer an option, leaving patients and their families to cope with the knowledge that their care is now likely palliative. Surveillance is critical to increase their odds of survival, but even regular scoping may not catch all tumours.

Thamboo and his team are working closely with the BC Cancer Agency to analyze tissue samples from patients with NPC. The goal is to identify blood markers that could provide an early warning of the disease and save more lives. But detection is just step one.

Thamboo is the only doctor in western Canada regularly performing surgery, called endoscopic nasopharyngectomy, to remove recurrent NPC. It’s a simple day procedure that’s much less invasive than traditional surgery. This reduces scarring, shortens hospital stays, and is less likely to affect the patient’s ability to eat and breathe. So it not only helps people recover more quickly, it furthers Thamboo’s mission to give them a better quality of life.

Meanwhile, at St. Paul’s Gastrointestinal Clinic, patients with esophageal and stomach cancers are benefiting from new advances in endoscopy that can help surgeons remove precancerous cells as soon as they’re detected.

“Imagine being told you have a precancerous lesion that can’t be removed until it turns into a cancer,” says Dr. Eric Lam, a gastrointestinal surgeon at the clinic. “It causes a lot of fear and anxiety.”

Since 2014, Lam has been travelling to Japan and China for training in the new technique, called endoscopic submucosal dissection (ESD). Today, he is using it to help his patients with squamous cell carcinoma of the esophagus and precancerous stomach lesions caused by the H. pylori bacteria – both conditions that are more common in people of Asian descent.

“It’s very difficult to do a partial esophagectomy.” (That’s the removal of some or all of the swallowing tube between your mouth and stomach. It gets reconstructed with tissue from another organ, usually the stomach.) “So, you essentially need to remove the whole thing,” says Lam.

But with ESD, Lam uses an endoscope equipped with special filters to see tumours on the lining of the stomach or esophagus. Fluid is injected underneath to raise the lesion from the muscle and the affected area can be removed in one piece.

ESD avoids the long-term nausea, vomiting, and weight loss associated with traditional resection. It can be done as a day procedure and patients can return to work and their normal lives much sooner than they could in the past.

Looking to the future

For both Lam and Thamboo, a move to the new St. Paul’s at the Jim Pattison Medical Centre is a chance to advance these life-changing techniques within their own specialties and to explore their use across other areas of care. Lam envisions a suite of next-generation scopes with even better light and magnification capabilities and the ability to work with researchers and patients to curate less invasive treatments for other esophageal conditions.

Thamboo, meanwhile, hopes to establish a ground-breaking sinus cancer research centre where his team can further speed patients’ access to precision diagnosis tools. “The better we get at detecting cancer quickly, the better we get at helping our patients.”