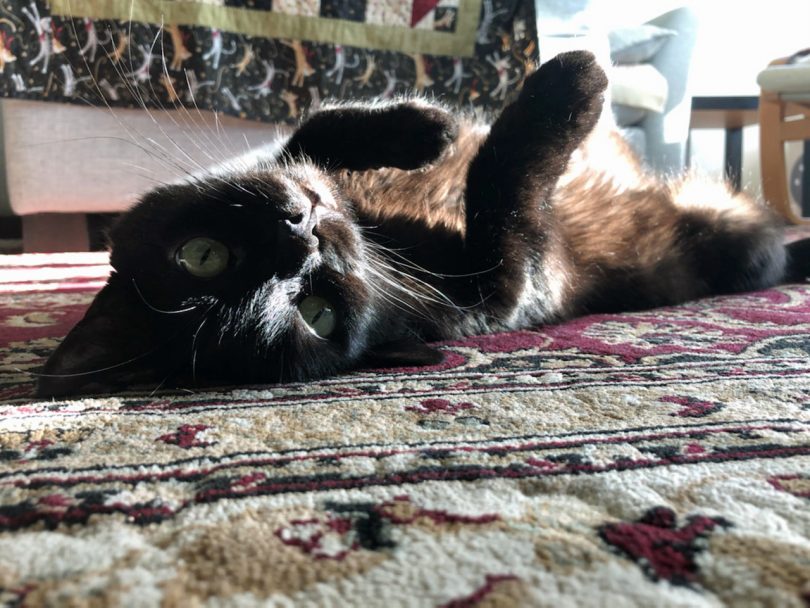 Scientists are offering new hope to all those who sniff and sneeze in the presence of cats.

A pilot study has shown that an experimental vaccine can reduce the systemic immune response and symptoms of allergic rhinitis in individuals allergic to cats, including nasal congestion, sneezing, nasal itching and runny nose.

The vaccine, called Cat-PAD, uses peptide immunotherapy to target the immune system and train it not to overreact to the most prominent cat allergen, known as Fel d1, which is excreted in a cat’s skin, saliva and urine.

Published in the journal Allergy, the study involved researchers from the PROOF Centre of Excellence, which is co-hosted by Providence Health Care and UBC, and from the non-profit research network AllerGen. The researchers are based at UBC, McMaster University and Queen’s University.

“Our participants received four injections of the immunotherapy vaccine over a three-month period and we measured their clinical response to the therapy. We found that they had significant improvement in their nasal symptom scores and changes in the frequency of immune cells in their peripheral blood,” says lead researcher Dr. Scott Tebbutt, who is Chief Scientific Officer at PROOF, an AllerGen investigator, and a UBC professor of medicine.

Participants were individuals with cat allergy who had at least eight hours per week of exposure to a cat in their daily lives throughout the study. At each of three visits (screening, pre-treatment, and post-treatment), participants were exposed to cat allergen by a procedure designed to provoke allergy symptoms.

After exposure, researchers assessed the participants’ nasal symptoms and collected blood samples to look for immunological changes and measure the “neutrophil-to-lymphocyte ratio” – a marker of inflammation that indicates an allergic response.

Researchers found a strong correlation between the change in the number of lymphocytes and the reduction of nasal symptoms following immunotherapy treatment. They also identified five immune genes associated with this relationship that they believe are associated with the mechanism of action of Cat-PAD. “We look forward to studying these gene candidates further,” says the study’s first author, Dr. Young Woong Kim of UBC.

According to Adiga Life Sciences, the company that developed the vaccine, Cat-PAD offers advantages over existing immunotherapies because it requires fewer and less frequent injections and involves a significantly shorter course of therapy.

This story was adapted from a press release issued by AllerGen and PROOF. Read the original here.