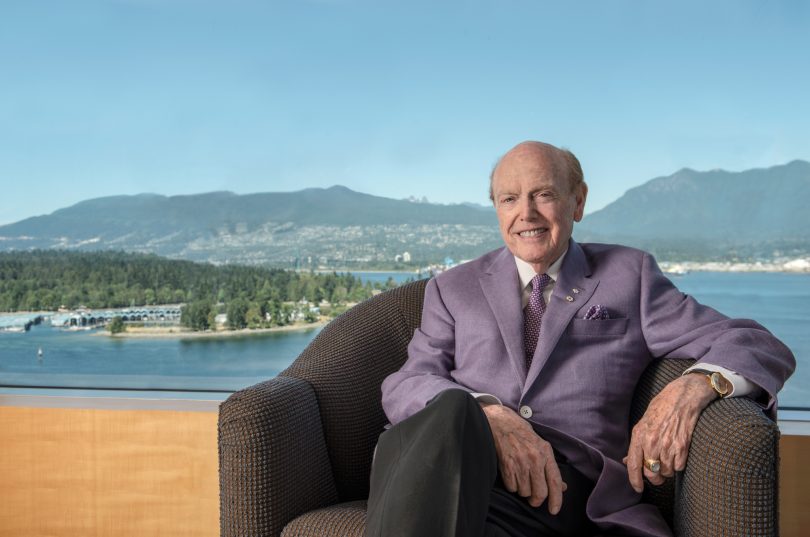 BC businessman and philanthropist Jim Pattison’s first encounter with St. Paul’s Hospital was when he was nine or 10 years old.

“I had my appendix taken out at St. Paul’s Hospital,” says Pattison.  “I remember the nurses and their nice uniforms.  I was there during Christmas and they were very kind to me.”

Several decades later, and nearly four years ago today, Pattison made his historic gift of $75 million to kick start the fundraising campaign for the new St. Paul’s Hospital.  On Friday, he’s participating in the St. Paul’s Foundation virtual event to celebrate construction kick-off.

“It’s finally happening,” he says. “Health care is so important to everybody.  When the opportunity came to support the new St. Paul’s Hospital we were happy to do it.”

This week, as construction begins on the new hospital, St. Paul’s Foundation sat down with Mr. Jim Pattison to capture more of his reaction to the news, his reflections on his gift, and why it’s so important for him to give back.  Broadcast quality footage available for media use here.