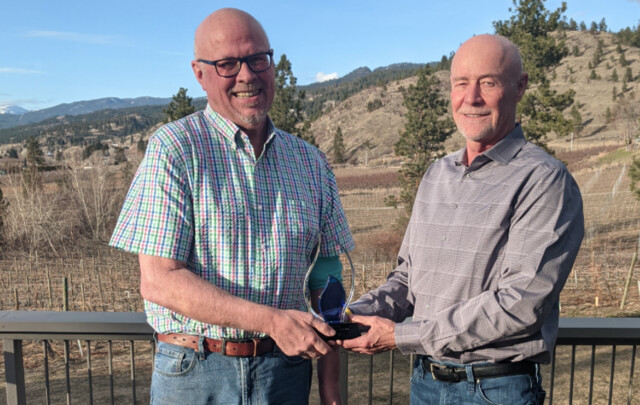 A Penticton physician has been honoured with the creation of a new provincial award inspired by his work improving the way alcohol use disorder is perceived and treated.

On March 10, Dr. Jeff Harries was made the inaugural recipient of the Primary Care and Substance Use Trail Blazer award.

Harries spent years of his career travelling the province, talking with thousands of people including care providers, clinicians, judges, counsellors, and addictions services workers advocating for alcohol use disorder to be understood as a treatable medical condition.

His goal was to spread awareness of withdrawal medications that can be an effective complement to counselling and other addictions recovery supports, when taken temporarily.