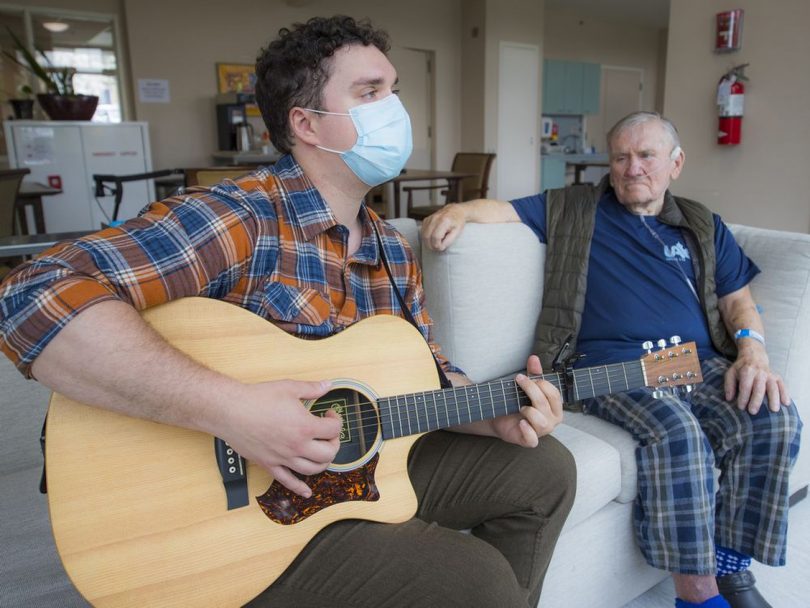 The words, with the pronouns altered slightly, are Jack Roche’s, lyrics to the first song he’s ever written (but not the last, he promises). He is 91, and is feeling revitalized.

Roche was admitted to the St. John Hospice at the University of B.C. in November because of pulmonary fibrosis, He was terribly sick and weak, and not expected to have long to live. His family — wife Gail, daughter Jenny, son Tom and daughter-in-law Naz — readied themselves for the worst.

Read the entire story in the Vancouver Sun here.