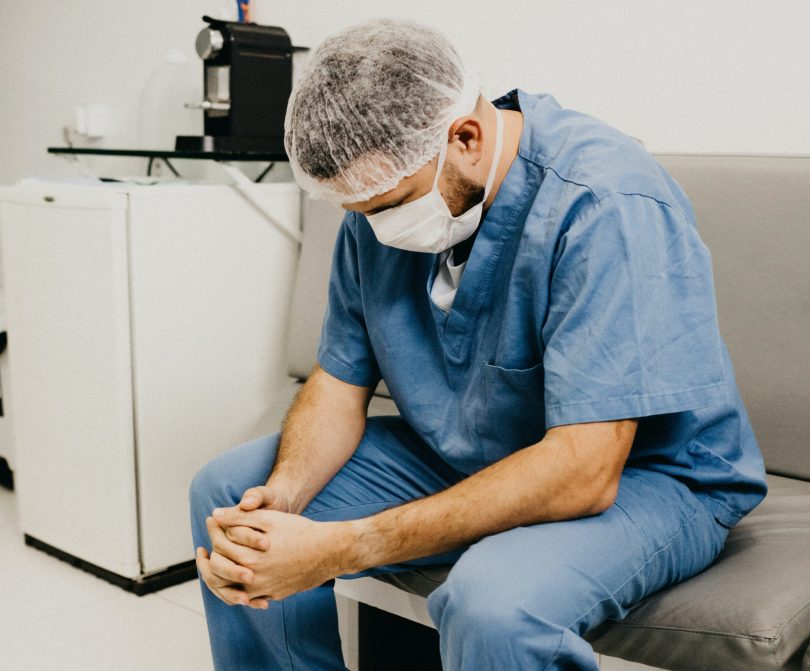 Two out of three Vancouver physicians surveyed in a new UBC study faced burnout during the COVID-19 pandemic.

They found burnout was prevalent among 68 per cent of physicians and noted over 20 percent of surveyed physicians were considering quitting the profession, or had already quit a position.

“I think that this issue is not unique to just these two hospitals. It is widespread. I would say global,” says research lead Dr. Nadia Khan, a UBC general internal medicine professor. “It’s also not just amongst physicians but likely affecting other healthcare workers.”

Physician burnout was already on the rise before the pandemic, says Dr. Khan, noting the COVID-19 pandemic tripled the odds that physicians said they felt burnout.

“We know physicians who are burned out are more likely to make medical errors regardless of work unit safety measures,” she says, adding that physicians have one of the highest suicide rates of any profession.

Burnout is an occupational syndrome characterized by emotional exhaustion and depersonalization—which is a lack of care about the work. It also affects workers’ sense of personal accomplishment.

In the sample, burnout was prevalent among 71 per cent of women compared to 64 per cent of men. It was found to be highest (74 per cent) among younger physicians, 36 to 50 years of age.

Women were two times more likely to report emotional exhaustion and feeling less personal accomplishment. Dr. Khan says that this could be linked to different expectations.

“Women physicians tend to have more invisible work and face more microaggressions at work,” she says. “They are also likely to spend more time with their patients.”

The findings highlight the need to focus more on the mental health and working conditions of doctors, nurses, and other healthcare workers.

Increased bureaucracy – doing more so-called ‘non-physician work’ – the sheer number of patients being seen, and the increased number of extended weekend and evening shifts have taken a toll on physicians, especially during the COVID-19 pandemic, notes Dr. Khan.

“Physicians don’t have time to work on solutions to make patient care better when they are just barely getting by,” she says.

“We need to create a sustainable workforce because a more sustainable and thriving healthcare system means better quality of care for patients.”

Physician burnout is estimated to cost the Canadian healthcare system over $200 million in long-term losses due to physician early retirement and a reduction in clinical hours.

It is also linked to a decrease in patient satisfaction.

Instead of just focusing on coping skills, the majority of respondents said improving work conditions and better management of work quantity are needed to combat burnout.

This study is published in BMJ Open.

This story appeared in its original form on UBC News.