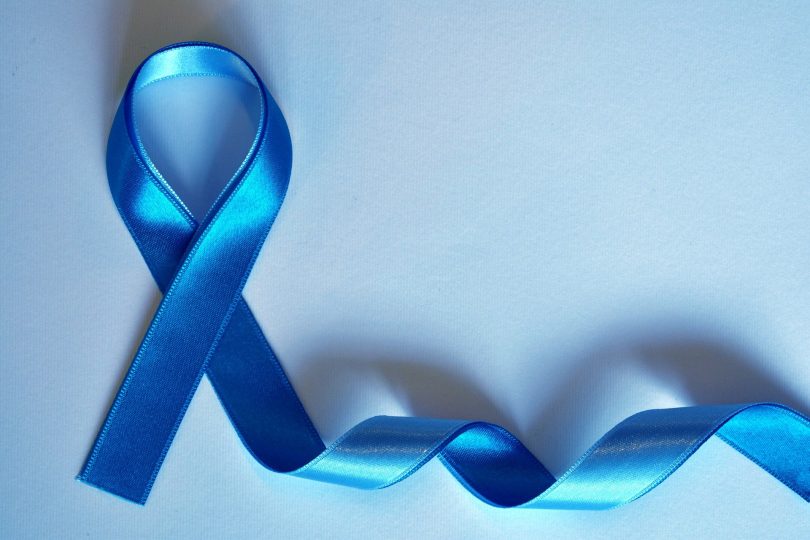 June is Men’s Health Month in Canada. The original version of this story was published on the CHÉOS website.

Simon Bergen’s brother-in-law was 85 when he died of prostate cancer after a clerical error and a series of delays turned a routine test result into an incurable disease.

“This experience really brought the importance of prostate-cancer testing to a head for me,” says Bergen, a retired mechanical and aeronautical engineer who now lives in White Rock.

Now 77 himself, Bergen received a potential positive result during his annual medical and prostate-cancer screening in 2019. His prostate-specific antigen (PSA) blood test, which is offered to men starting at as of age 50 in combination with a rectal exam, was elevated.

If the concentration of PSA — released when there are a significant number of abnormal cells in the prostate — is high enough, the patient, like Bergen was, undergoes a surgical biopsy.

“The biopsy was very challenging and uncomfortable…it sounds like a gun going off,” says Bergen. “I have talked to other guys who have said you definitely don’t want to have a biopsy if you can avoid it.”

One in five Canadian men may get unnecessary biopsy: research

Unfortunately, an invasive biopsy is necessary to get a definitive diagnosis under current practices. However, more than half of men who have abnormal PSA levels and undergo biopsy do not actually have prostate cancer. Those who do have cancer detected through biopsy often have a benign or non-aggressive tumour. This means that nearly one in five Canadian men screened for prostate cancer may undergo unnecessary surgical biopsy.

This unnecessary burden on patients, physicians, and taxpayers is the crux of an ongoing project led by CHÉOS Scientist Dr. Annalijn Conklin, which aims to test the cost-effectiveness of a new diagnostic blood test for prostate cancer.

The simple blood test detects a sugar that is associated with prostate cancer and has a low false positive rate, meaning it effectively detects who does not have the disease. In combination with the PSA test, it is also very good at determining whether a cancer is low or high risk.

In order to inform this model, the study team is engaging with patients like Bergen to understand the clinical pathways common to people with prostate cancer.

After Bergen’s positive biopsy results in late 2019, he was monitored for a year with MRI and more PSA tests. In March, 2021, he underwent high-dose brachytherapy to treat his prostate cancer.

He’s now on active surveillance to monitor the success of the treatment, which involves testing every three to six months using PSA, rectal exam, biopsy, and/or MRI. But, he says he is not looking forward to additional biopsies, and neither are any of his peers.

Bergen, who has a research background, didn’t hesitate when asked to participate in this study. “Research is necessary to advance the field,” he says. “As my first radiation oncologist told me, ‘prostate cancer is a tough one to kill’. I’m still very much in a waiting game and any improved and cost-effective method of eliminating false positives is of huge benefit to all of us.”