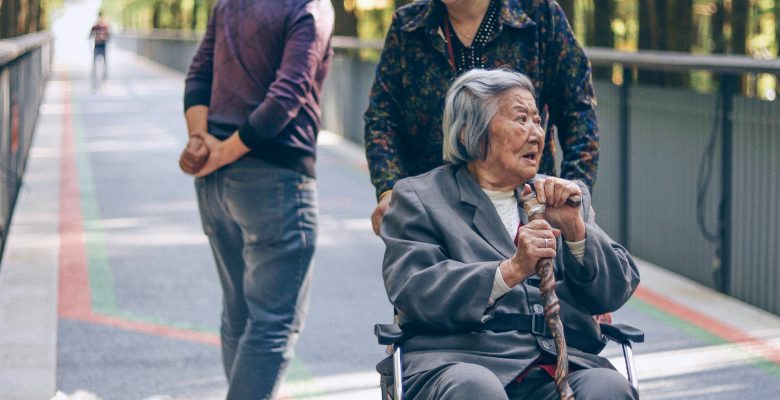 New research from CHÉOS Health Economists shows that the more family and friends are involved in home care for older impaired adults, the less likely they are to receive formal care from professionals. These findings could help policy-makers meet the care needs of a rapidly aging population while controlling public spending on health care.

As the Canadian population continues to age, there is an increasing need for home care. This type of care can be provided by family members or friends (informal care) or by professional, paid workers (formal care). Both types of care are important, but policy-makers around the world continue to promote informal care as a means to control health care costs. However, it is not clear whether this strategy actually reduces the use of formal care as this relationship is affected by the type of condition a person may have and the severity of their need, as well as the support provided to informal caregivers.

In Canada, each province or territory is responsible for its own publicly funded home care programs and services. By assessing factors like physical functioning and impairment, home environment, and availability of informal care, case managers assess peoples’ care needs and prioritize and allocate formal care services.

Understanding the relationship between formal and informal care is necessary to inform the prioritization and allocation of formal care services by current programs as well as future funding allocations. However, there is a lack of clear information in Canada on which to base those decisions. Led by Dr. Wei Zhang, CHÉOS Health Economists have published a new study to provide policy-makers with this vital information.

“We examined the relationship between informal and formal home care and assessed whether this relationship varies across levels of functional impairment,” explained Dr. Zhang, an Assistant Professor at the UBC School of Population and Public Health (SPPH).

To answer their questions, the study team, which includes CHÉOS Statistician Huiying Sun and one of Dr. Zhang’s PhD students, Jacynthe L’Heureux, used data from the Canadian Longitudinal Study on Aging, a national, long-term study that follows approximately 50,000 individuals. The final data set included anyone 45 years or older with some level of functional impairment, for a total of 5,219 respondents.

“We tested whether the likelihood of receiving any formal care, as well as the number of formal care hours received, were related to the hours of informal care received,” explained L’Heureux, a PhD student at SPPH.

“Our findings suggest that informal care may substitute for formal care in older adults with functional impairment; they might also reflect how the current home care programs allocate their formal services,” explained L’Heureux.

Once people started receiving formal care, however, additional informal care didn’t reduce the amount of formal care they receive. Furthermore, the researchers found that the relationship between the two types of care was not as strong in Quebec as it was in Ontario and BC, which may be related to differences in health systems and culture.

“Past research has shown that culture and family ties can affect the presence and availability of informal caregivers,” explained L’Heureux. “The different ethnic and cultural makeup of the provinces could affect this relationship.”

The researchers point to the high proportion of people of Asian origin, a population well known for strong family ties, in BC and Ontario (25 per cent of the population) compared with Quebec (less than 10 per cent). This relationship remains unclear.

Overall, this research demonstrates that informal home care can be a substitute for formal care, supporting the trend of policy-makers encouraging informal caregiving to curb public spending. However, the cost-effectiveness of this policy depends on the degree to which financial support from governments could encourage family members and friends to begin or increase formal care provision. Another important factor is the cost of informal caregiving to the health system and society at large, due to things like burnout or reduced work productivity.

While more studies are needed to fully demonstrate the sustainability of replacing formal home care with informal care, this study provides initial direction for policy-makers and researchers to begin to understand this complex relationship.

This story was originally published on the CHÉOS website.