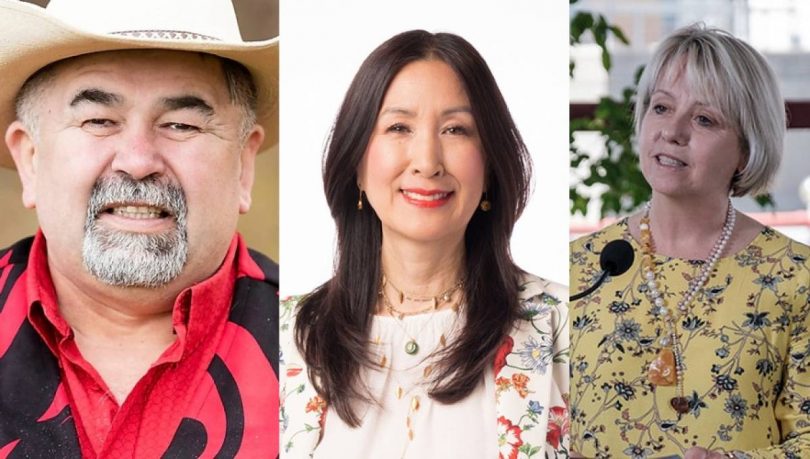 Chief Joe Alphonse, Vancouver Chinatown Foundation cofounder and chair Carol A. Lee, and B.C. provincial health officer Dr. Bonnie Henry are among the 16 appointees to the Order of British Columbia in 2021. (Photo credit: The Georgia Straight)

The latest appointees to B.C.’s highest honour span the fields of art and culture, business and finance, food, health, law, science, and more.

“”Their extraordinary leadership has been a source of strength for communities across the province,” Austin, who is chancellor of the order, stated in a news release. “In difficult times, they have connected us through art, culture, public service, and more. As we move with optimism toward the future, their achievements will be a foundation of success for future generations.”