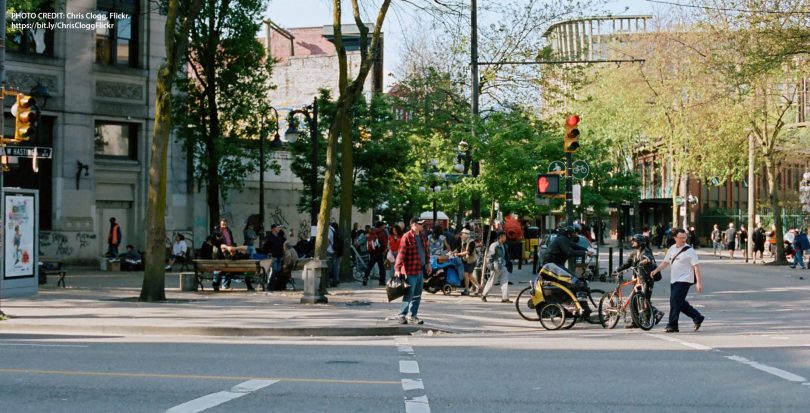 For Overdose Awareness Day, we’re taking a look back at a 2020 publication that highlights the importance of opioid agonist therapy (OAT) during the overdose crisis, including the need to support continued treatment and to support individuals during elevated risk periods while transitioning off treatment.

OAT, most often in the form of either methadone or buprenorphine/naloxone (Suboxone), is a safe and effective treatment for opioid use disorder, reducing the risk of overdose as well death from other causes. Despite the strong evidence for OAT, the effectiveness of these medications in the midst of a drug supply contaminated by fentanyl had not been previously studied.

Led by Dr. Bohdan Nosyk, the team — including CHÉOS’ Jeong Min, Micah Piske, Charlie Zhou, Fahmida Homayra and representatives from the BCCDC and Ministry of Mental Health and Addictions — linked five administrative databases to analyze the mortality risk of people accessing OAT from 1996 through September 2018. The team used key dates representing increasing fentanyl contamination in the province: the date of the first death for which fentanyl was detected in the province (April 1, 2012) and the date that the provincial public health emergency was declared (April 14, 2016).

Of the over 55,000 people accessing OAT during that time, there were 7,030 deaths. As expected, before the introduction of fentanyl, the risk of death was twice as high during periods when a person was not on OAT compared with periods on OAT. After the introduction of fentanyl, the protective effect of OAT increased dramatically; by the end of the study period, the risk of death when off OAT was 3.4 times higher compared with being on OAT.

“This is the first study in Canada to show that OAT continues to be effective during the current period of a fentanyl-contaminated drug supply,” said Dr. Nosyk. “The results stress the importance of retention in treatment, and the need to identify and re-engage people who are at high risk of stopping treatment.”

A more recent publication from Dr. Nosyk and CHÉOS Health Economists Emanuel Krebs and Jeong Min, found that from 2012 to 2018, the monthly rate of OAT discontinuation increased from 10% to 15%. The rate of discontinuation was roughly double for Suboxone compared with methadone. Anecdotally, he said, more recent data show that the discontinuation rate has since increased even more.

“We’re going in the wrong direction; we are increasingly failing to retain people in treatment all while the risk associated with being off treatment increases,” noted Dr. Nosyk. “Alongside other harm reduction strategies we’ve already implemented, there is an urgent need for us to develop programs to keep people in treatment because we know OAT saves lives.”

This article was originally shared from CHÉOS News | Treatments like methadone help prevent fentanyl deaths, but engagement is declining