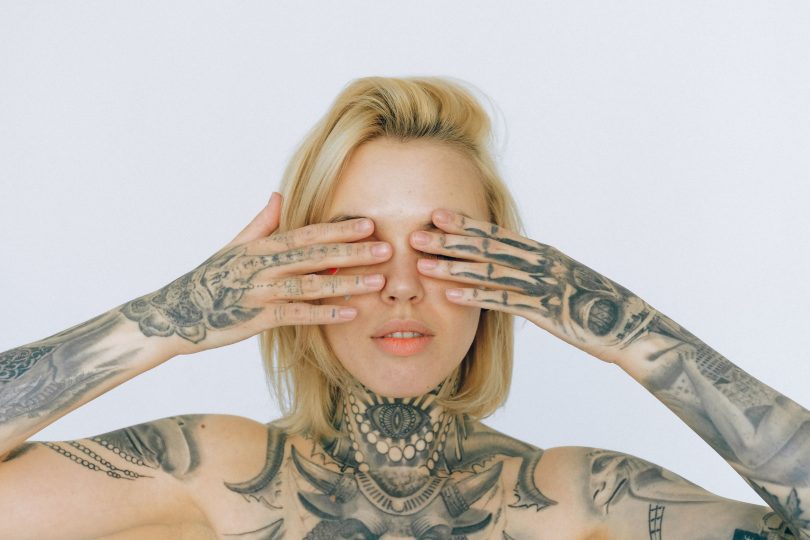 If you’ve been to a beach or pool this summer, you don’t need super powers of observation to notice that tattoos have gone mainstream.

Once viewed as a sign of rebellion in certain circles in Western society, body art in Canada is being embraced by people of all ages as a form of self-expression. Ipsos research from 2019 found that the number of inked Americans had increased from 21 per cent in 2012 to 30 per cent in 2019. Canadian figures are roughly the same.

With this type of popularity, when stories emerge from time to time around the health implications of tattoos, those who have used their skin as a personal canvas may understandably become a little alarmed.

An American news outlet reported last month that tattoo ink has been detected in the mammograms of some women who have upper-body tattoos, showing up as small white dots.

That story relates to a 2017 Nature study that found traces of tattoo ink in the lymph nodes of cadavers.

To help sort through these findings and other health implications of tattoos, Dr. Marisa Ponzo, head of the Division of Dermatology at Providence, shares her expertise.

Lymph nodes clear out the ink

She says the location of the lymph nodes near the breasts explains why there has been evidence of ink in mammograms.

“The immune system sees the tattoos as foreign bodies,” explains Dr. Ponzo. “To clear body of its foreign object, the system may take some of the dye back to the lymph nodes.”

“It’s not a reason to avoid getting tattoos, but it may make some people choose to get a tattoo somewhere not quite as close (to the breasts).”

The presence of ink may also complicate the mammogram procedure. “There can be findings on breast imaging that may look like an abnormality,” says Dr. Ponzo. “They might need a closer look, whether it’s follow-up with more imaging, or in some cases, a biopsy.”

She says more common conditions stemming from tattoos include allergic reactions. Signs of these responses include swelling, rash or itching at or near the site. They may present immediately after, or even after some time has passed.

“Some people develop allergies from the dyes, particularly the red dye, which has shown itself to be more allergenic than other colours. They can also develop itchy, scaly bumps within their tattoos, called allergic contact dermatitis, or foreign body granulomas.” This is the body’s reaction to a foreign presence, she says.

For relief, she prescribes a steroid cream.

Infections occur in some people after they receive a tattoo, the result of how hygienically the mark was applied. They range from bacterial to viral, such as a herpes outbreak.

“A herpes flare-up is not dangerous,” says Dr. Ponzo. “About 95 per cent of us carry around the herpes virus and at times, it can become activated.” But an outbreak can be unpleasant and require a prescription anti-viral medication.

For some people, getting inked can trigger some skin conditions such as psoriasis. This is a phenomenon called koebnerization.

More serious conditions may arise as a result of unsafe tattoo practices. These include contracting blood-borne illnesses like hepatitis or even HIV. In fact, the risk of transmitting these infections is why Canadian Blood Services requires people to wait three months after receiving a tattoo before donating blood.

Here are guidelines for after care to avoid problems.

When choosing the part of the body for a tattoo, it’s important to give placement on the body some serious thought. This can help doctors with potential unrelated dermatological diagnoses later on in life. (It can also be a factor if you fear tattoo remorse later on.)

For instance, she says to avoid getting a tattoo on or near moles. If doctors ever need to evaluate them for skin cancer, it becomes harder to assess, especially for darker-coloured tattoos.

Pain is another consideration when choosing where on the body to get your design. If the body is more enervated (full of nerves) there would be more pain, such as over a bone or joint. Ribs and wrists also tend to hurt more, says Dr. Ponzo.

When seeking a tattoo parlour, do your research, says Dr. Ponzo. Don’t use underground tattoo parlours because you don’t know if hygienic rules will be followed – and hygiene is the key to keeping safe.  So ask your tattooist questions before the procedure, like these:

While tattoo parlours are inspected yearly by Public Health, it’s always best to be prepared.

Getting a tattoo can seem like a fun, impulsive thing to do. But it is a trauma to the skin.  So give it lots of thought and do your homework so your tattoo remains the piece of art you intended it to be, instead of a medical problem.