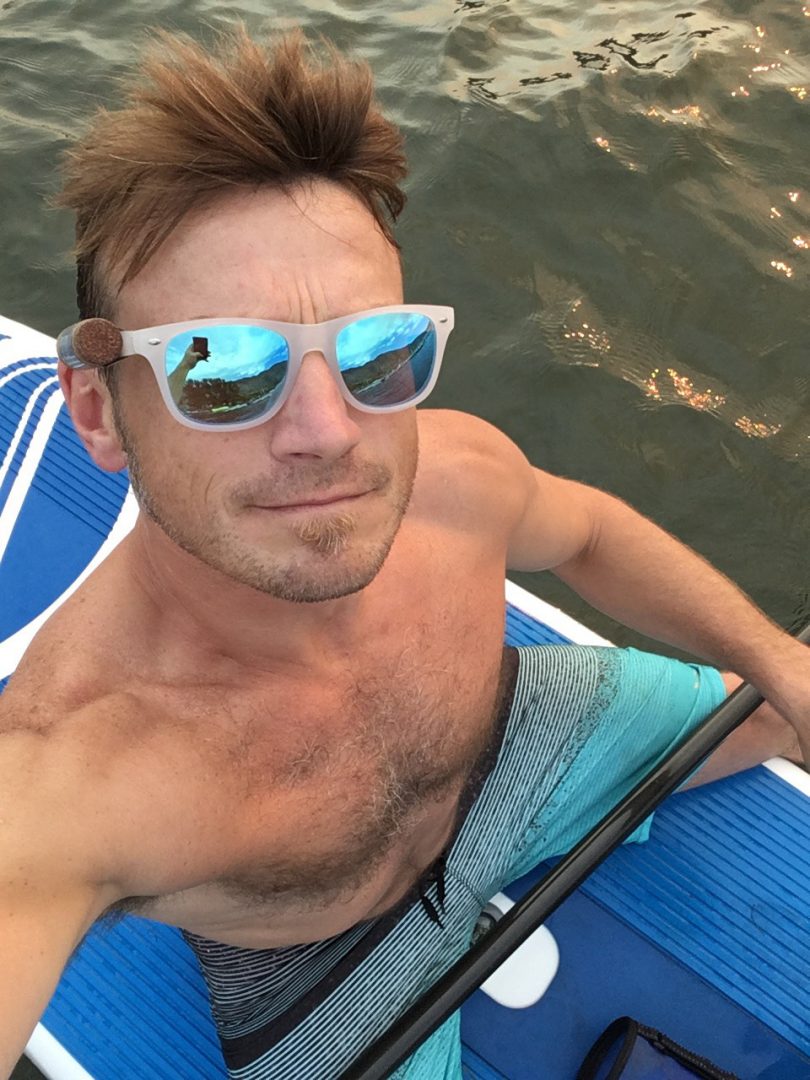 On August 5th, Jeff Vopni had just gotten back to shore near Haynes Point Provincial Park after a day of paddle boarding around Osoyoos Lake. He was on his way back to his parent’s house for dinner (mom was cooking) when he noticed something that struck him as odd.

A dog was standing on the shore, but there was no owner in sight. After taking a moment to orient himself, the cardiac nurse looked out to the water and noticed someone floating face-down about 40feet from the shore.

“I felt like something was wrong,” he said, thinking back to that moment when he decided to climb back onto the board and paddle out to investigate. When he got to the person floating in the water, he quickly realized it was his parent’s neighbour. When he didn’t see her moving or breathing, Jeff jumped into action, pulling her onto his board and pushing her back to shore.

Upon returning to land, Jeff, who is a Nurse in St. Paul’s Hospital’s Catheterization Laboratory (Cath Lab), called for help from bystanders. At this point, his parent’s neighbour still wasn’t breathing and she didn’t have a pulse. With the help of Ken, a veterinarian, and Scott, a first responder, they were able to open her airway.

“As a nurse in a hospital you have all the tools at your disposal,” Jeff reflected. “But in the field, all you have are your eyes and your hands.” Tapping into his training, he knew that a jaw thrust to open her airway was the best course of action.

After a couple of water-filled coughs, incredibly she started breathing again. The group of three kept the woman stable until first responders were able to rush her to the hospital.

According to Jeff, he’s not the hero of this story. He insists  he was just in the right place at the right time, and he says the real hero is Quinn, the neighbour’s dog.

“I didn’t do anything any other person wouldn’t have done if they saw her. My nursing background might have helped make some better decisions in the following seconds after I found her,” said Jeff. “ I am very thankful to have the help of the others around me on the beach, particularly Ken and Scott.”

To his parent’s neighbour, who is recovering well, he has this message: “I am so relieved that you are alive and well. The woman I saw on Saturday with her dog in the water; was bright, smiling, and friendly. The woman I saw on Sunday was someone totally different. I am glad I get to see you looking healthy again to erase that last image of you. It haunted me a little. Your dog Quinn saved your life. If I hadn’t seen Quinn I would have gone home and never seen you. Hug that dog every day. She is a hero.”