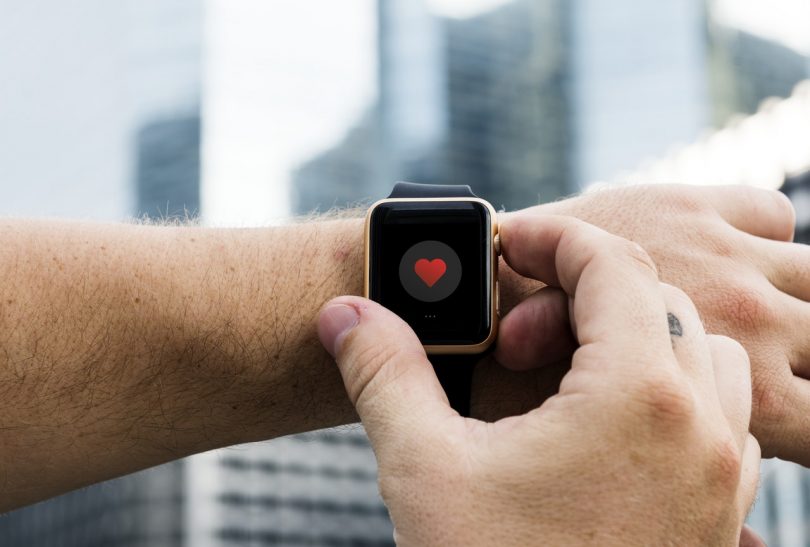 Apple’s marketing machine rolled out in high gear this week as the company unveiled its latest series of consumer devices.

Among them was a product that cardiology doctors at St. Paul’s Hospital say has exciting implications for heart health care.

It’s the fourth generation of the Apple smart watch that is equipped with features that can detect heart problems.

“This device is transformative, shifting the landscape of care to patient centered wellness,” said St. Paul’s cardiologist and medical lead for atrial fibrillation care in BC, Jason Andrade. He co-authored a recent review of medical literature on wearable technology for the Canadian Journal of Cardiology. “It shifts the focus of care to self-diagnosis and management and empowers patients to take control of their own health care data.”

Sensors in the watch take the wearer’s electrocardiogram (ECG or EKG) to warn them if they may have atrial fibrillation, or irregular heart rate. This potentially dangerous condition affects up to three per cent of Canadians, and the incidence increases with age.

The US Food and Drug Administration worked with Apple on the device and the American Heart Association supports it.

But Dr. Zachary Laksman, a cardiac electrophysiologist and Director of the Atrial Fibrillation Clinic at St. Paul’s, warned it presents downsides, including both the risk of false positives and “clinically insignificant” true positives. For instance, the watch could detect one irregular heart rhythm that is in fact completely normal. Both types of positives can create significant anxiety for the wearer, he noted.

The watch’s degree of sensitivity doesn’t match the quality of a traditional ECG, said Dr. Laksman. ECGs typically take information from 12 high-quality electrodes placed on the body. The watch contains an electrode embedded in its back and crown (the scrollable wheel on its side).

St. Paul’s cardiologists Dr. Chris Cheung (a cardiology resident), Dr. Andrade and Dr. Andrew Krahn wrote in the CJC review, published online in May and in the print version in August, that the devices “represent an important frontier in health evaluation, with the potential to provide readily accessible health data for large segments of the population.”

The paper, published before the Apple Watch 4 release, notes that wearable tech flips the conventional health care model, where a patient comes for an assessment and receives cardiac testing.

By contrast, wearables allow people to bring their data to the physician for analysis.

While that has exciting potential, the health care system will have to adapt to handle the extra data generated by devices like the Apple watch.

“Some of my patients with these bring in gigabytes of data from them and want me to analyze it,” said Dr. Laksman. “I don’t have the capacity or infrastructure to do it.”

Dr. Andrade and Dr. Cheung acknowledged there are limitations to the technology around its sensitivity, accuracy and false positives, which will cause anxiety in some.

The false positives will result in over investigations of certain people, said Dr. Andrade. “That may actually increase health care costs.”

The CJC study also notes that the cost of wearable tech may limit its accessibility to the public. The Apple watch, for instance, costs $400 US.

“Those at increased risk for arrhythmias, including the elderly, those unfamiliar with technology, and those with lower socioeconomic status, may have limited access to or comfort with wearables,” according to the review.

That said, Dr. Cheung believes the technology will continually improve over time, resulting in fewer false positives and the accompanying anxiety.

Dr. Laksman said despite the watch’s kinks, “It’s something I fully welcome and encourage. This is going to be the future of health care.”

Editor’s Note: The ECG app on the new Apple Watch won’t be available until later this year, and initially only in the US.