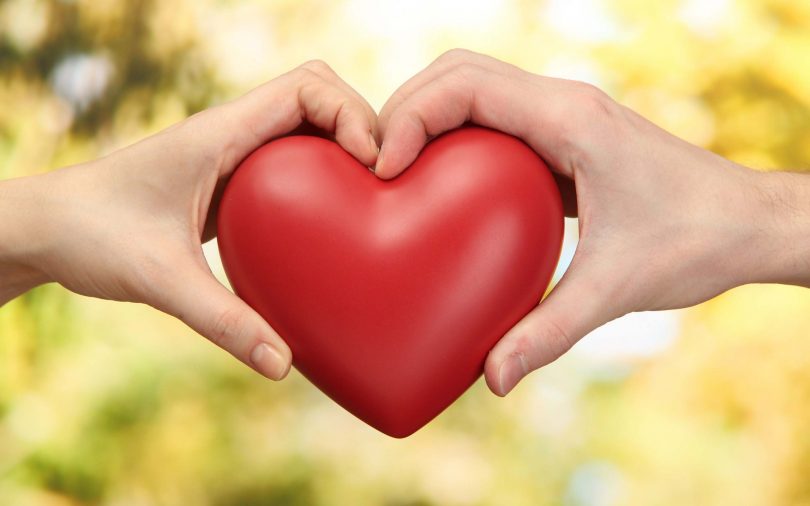 The Pacific Adult Congenital Heart (PACH) Clinic at St. Paul’s Hospital celebrates its 30th anniversary in 2018. The PACH Clinic cares for more than 6000 patients and is the only clinic in BC caring for adults born with congenital heart disease.

It’s a full day of testing ahead at St. Paul’s Hospital for Jo-Ann Fong. The Vancouver resident is here for her annual battery of appointments and exams, but she’s used to it. She’s been living with a congenital heart defect her entire life – 51 years. She laughs, “I joke with the electrocardiogram technicians ‘Just leave it, I can do it myself’!”

When Jo-Ann was born in 1967, BC Children’s Hospital didn’t exist, IV bottles were glass, hospital wards were giant dorm rooms, and babies diagnosed with congenital heart defects (CHD) faced grim outcomes. More of them died than survived. But fortunately she had arrived on the cusp of a new era in cardiac care for CHD babies.

Jo-Ann was a “blue baby”, diagnosed with transposition of the great arteries. The Mustard procedure she underwent at the age of two had only been pioneered six years prior to that. It changed an 80% mortality rate in the first year of life for those patients to an 80% survival rate at age 20.

“I was first generation,” remembers Jo-Ann, “so they couldn’t really tell my mom what the future would hold. I felt like a guinea pig growing up over the years.”

Dr. Doris Kavanagh-Gray, who came to St. Paul’s in 1959 to start the cardiac program, looked after a lot of children like Jo-Ann. She recalls, “Initially there was very little to do because surgery was just beginning to open. But by 1960, we were closing holes in the heart with the first open heart surgeries in Vancouver.”

As her patients grew up, Dr. Kavanagh-Gray continued to look after them. There were no adult cardiologists specializing in CHD patients who had survived into adulthood. She says they were a group of neglected patients, “They were in the middle of nowhere. Pediatricians didn’t see them because they were too old, and adult cardiologists didn’t know anything about them.”

Then Dr. Marla Kiess arrived here, fresh from Toronto where she received specific training in adult CHD cardiology, and she says the situation was very unsatisfactory, “Patients were scattered all over the province, sometimes under the care of a cardiologist, sometimes not.” Surgical results had improved and with more patients graduating to adult care, pediatric cardiologists wanted a place to send their patients when they turned 18. So, in 1988, a small group of interested adult and pediatric cardiologists, launched the Pacific Adult Congenital Heart (PACH) Clinic.

The PACH clinic was initially located at Shaughnessy Hospital, seeing a couple of patients a month. When Shaughnessy Hospital closed, the clinic, under the direction of Dr. Kiess, moved to St. Paul’s Hospital. Dr. Kiess brought together pediatric and adult cardiologists, congenital cardiac surgeons, respirologists, radiologists, residents, medical students, and other sub-specialists to review and discuss each patient. The team includes other health care providers – clinical nurse specialist, nurse educators, psychologists, genetics counsellor, social worker – to meet the multifaceted needs of these patients. Now, 30 years later, the clinic at St. Paul’s sees around 100 patients a week. The multi-disciplinary team has grown to 13, and the most complex cases are reviewed by a team of 15 to 20 who meet weekly.

Three additional satellite clinics were developed, as the needs of the adult CHD patient population have shifted and changed. The Cardiac Obstetrics Clinic, currently directed by Dr. Jasmine Grewal, started in 2004 to take care of women with cardiac conditions who are or wish to be pregnant. The Adult Congenital Pulmonary Hypertension Clinic, co-directed by Dr. Kiess and Dr. John Swiston, a collaborative cardiology-respirology clinic, developed to care for CHD patients with pulmonary hypertension and the Heritable Aortopath Clinic, directed by Dr. Amanda Barlow, launched in 2013 to offer care specifically for patients with genetic disorders affecting the aorta.

The adult cardiologists at St. Paul’s work very closely with their pediatric counterparts. Dr. Derek Human comes from BC Children’s Hospital on a regular basis to see PACH Clinic patients. He says the program has been instrumental in ensuring his heart kids don’t slip through the cracks when they turn 18 or 19. “The most common time to lose them is the 18-25 age range. They are feeling fine, they don’t want to give up a day’s work or a day of school to come in and make sure everything is going well. But we know that with our regular pattern of testing, examining and consultation we can prevent a lot of problems down the road.”

With three decades of experience and 6000 patients and counting, the clinic is clearly a huge success. Currently, on average, one new patient a day is referred to the PACH Clinic, the only clinic in the province caring for adults with CHD.

“From a 95% death rate, we will soon see 98% of children with CHDs living to be adults with longer and longer life spans,” says Dr. Kiess.

Cindy DePourcq LeCuyer is still astounded when she thinks about how far technology and patient care has advanced in her five decades living with a CHD – tricuspid atresia and two holes in her heart. For example, she estimates she’s had hundreds of invasive cardiac catheterizations because non-invasive echocardiograms didn’t come into general medical use until the late 1970s. (A long thin tube called a catheter is inserted in an artery or vein in your groin, neck or arm and threaded through your blood vessels to your heart.)

The Okanagan woman was one of the PACH Clinic’s initial patients, and she never forgets just how far things have come for her and her fellow adult CHD patients. “People don’t realize how special it is to have PACH. It’s like a mini family, my mini heart family. I know them all, when I come here, it feels safe being here with them.”