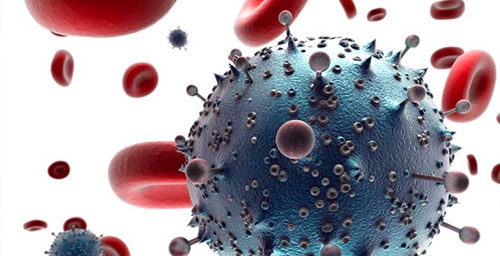 Dormant strains of HIV can remain in the body for decades, but researchers have developed a novel way to date these “hibernating” strains, marking a significant advancement in the pursuit of a cure.

The study, conducted by researchers at the BC Centre for Excellence in HIV/AIDS and Simon Fraser University, in partnership with the University of British Columbia and Western University, was recently published in the journal Proceedings of the National Academy of Sciences.

According to a news release from the BC-CfE, dormant HIV strains, which have integrated their DNA into the body’s cells, can persist for years and are unreachable by antiretroviral treatments and the immune system. They can reactivate at any time, which is why HIV treatment needs to be maintained for life.

“If you can’t identify it, you can’t cure it. This research provides further essential clues in the pursuit of an HIV cure – which will ultimately require the complete eradication of dormant or ‘latent’ HIV strains,” said Dr. Zabrina Brumme, Laboratory Director with the BC-CfE and lead author on the study. “Scientists have long known that strains of HIV can remain essentially in hibernation in an individual living with HIV, only to reactivate many years later. Our study confirms that the latent HIV reservoir is genetically diverse and can contain viral strains dating back to transmission.”

In order to date dormant HIV strains, researchers needed to compare these strains to those that evolved within an individual living with HIV over the entire history of their infection. The BC-CfE was able to do this because it maintains a historical repository of blood specimens from individuals diagnosed with HIV in BC. These specimens date back to 1996 and were originally collected for viral load and drug resistance testing.

“By creating family trees of viruses using a technique called molecular phylogenetics, we can reconstruct the evolutionary history of HIV within a person,” said Brad Jones, a UBC PhD student at the BC-CfE and the first author on the study. “In essence, we created a highly calibrated ‘time machine’ that gives us a specific time stamp for when each dormant HIV strain originally appeared in a person.”

This story was adapted from a BC-CfE news release. Click here to read the announcement in its entirety.