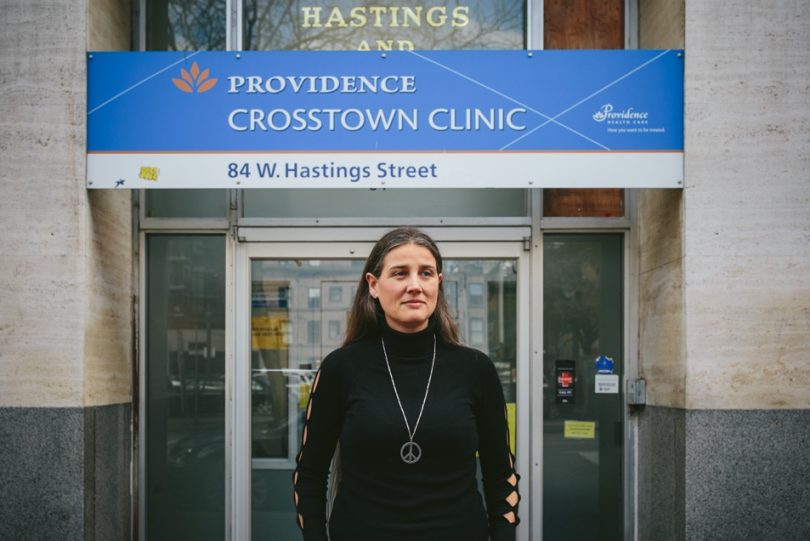 Health Canada has announced it has approved the use of injectable hydromorphone (HDM) for the treatment of severe opioid-use disorder across the country. This removes many regulatory and logistic challenges previously faced by health care practitioners in procuring effective alternative treatments for patients.

This decision, and the evidence cited in the announcement, is a direct result of the work by CHÉOS and Providence Health Care scientists and staff in the Study to Assess Longer-Term Opioid Maintenance Effectiveness (SALOME) Trial, led by Dr. Eugenia Oviedo-Joekes.

The study was conducted at Providence’s Crosstown Clinic, the only North America clinic to provide medical-grade heroin and hydromorphone off label as a treatment for severe opioid-use disorder. Off label means a drug is being used to treat something different from its approved use – in this case, and until this decision, opioid-use disorder.

The SALOME Trial was a three-year, double-blinded trial that demonstrated HDM (trademarked as Dilaudid) is as effective as diacetylmorphine (pharmaceutical-grade heroin) at treating long-term, chronic opioid dependence.

Research shows injectable opioid-assisted therapy could save society $140,000 per individual

Later cost-effectiveness analyses of SALOME showed that, compared to methadone alone, injectable treatments increase quality of life and save cost overall, mostly through reduction in street crime and hospitalizations. Over a lifetime, the provision of hydromorphone could save society $140,000 per individual, with most savings occurring through reductions in the involvement in property and violent crime.

Ultimately, the SALOME Trial concluded that HDM was an effective, safe treatment for opioid use disorder that could be offered as an alternative to other treatments.

“Our research was able to demonstrate that this treatment is safe, that it works, and that it can save lives and money,” says Dr. Oviedo-Joekes “This announcement from Health Canada is an encouraging example of research evidence informing policy decisions that will have tangible impacts across the country.”

Health Canada has also added diacetylmorphine to the List of Drugs for an Urgent Public Health Need, meaning all provinces and territories are now able to import the drug for treatment of opioid-use disorder.

The North American Opiate Medication Initiative (NAOMI), a precursor study to SALOME and co-led by Dr. Oviedo-Joekes,  found that diacetylmorphine (heroin) assisted treatment was a safe and effective way to improve the health and quality of life of long-time opioid users who had not previously benefitted from methadone or other treatment options.

“Increased access to a safe supply of prescription opioids is an innovative tool that will help save lives,” says Health Minister Ginette Petitpas Taylor.