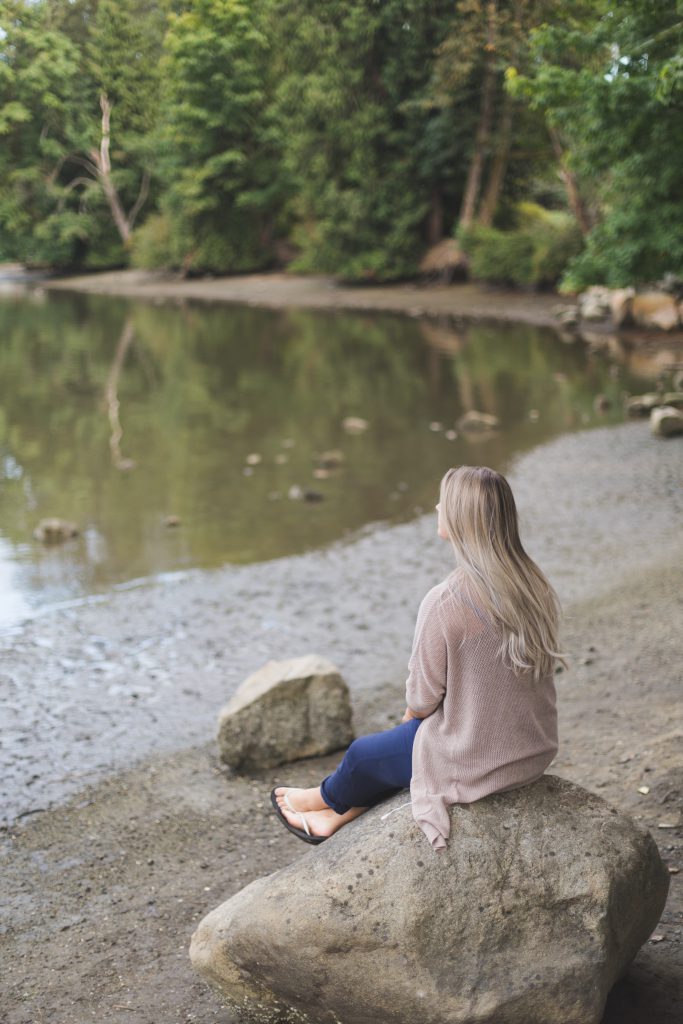 According to the 2013 BC Adolescent Health Survey, stress is extremely common among high school students who often have to juggle busy personal, academic and extracurricular lives. Stress can feel isolating and affect our bodies and minds when felt for a long period of time — but you don’t have to suffer in silence.

When Nicole first told her friends that she had signed up for the prestigious International Baccalaureate (IB) program at her high school, nobody thought twice about it. She had always been a great student, and most people assumed that she’d not only sign up for the advanced classes—but excel at them too.

In all honesty, Nicole felt the same way. She knew her IB classes would be tough, but she also felt confident in herself and was ready to face the challenge head on.

“I knew the program would be hard, but I was convinced I could juggle the heavy workload and the rest of my obligations, and do really well in the program,” she remembers.

For a while, things went according to planned. Although her classes were tough, she was still able to get her work done and get good grades. On her time off, she also managed to hang out with her friends and fulfill her responsibilities as the captain of the cheerleading squad.

But as the year progressed, things slowly started to change. Nicole’s workload had grown exponentially, and she began noticing that no matter how late she stayed up doing her homework, there was just never enough time to finish all her assignments. The work had started piling up, and Nicole felt completely overwhelmed.

For the first time in her life, she felt like she was failing at something. Her grades had started to slip, and a nagging feeling began taking over her life: worry.

“At times it was as if I was drowning in work,” she says. “Between the IB classes and my other responsibilities, I just couldn’t stay afloat. I was always worried and no matter how much work I did, it felt like the weight of the world was sitting on my shoulders. It was as if all that weight was physically pushing me down and I just couldn’t not come back up.”

What Nicole feeling was stress.

Although this is a natural reaction that happens to our bodies when we are very worried or uncomfortable about something, feeling stressed for a long time can affect our bodies and our minds, making us angry, frustrated, afraid, sad or even sick.

The 2013 BC Adolescent Health Survey found that 83% of students between Grade 7 and 12 had suffered from some form of stress in the last month, while 13% of females and 5% of males experienced extreme stress in the same time period.

But despite the fact that stress is common among high school students, Nicole felt completely alone.

“It seemed like everyone around me was able to handle things. Everyone around me seemed happy. They all seemed to me like they were in control of their lives, and it felt like I was the only person that was drowning in schoolwork and struggling to stay afloat,” she says.

This feeling, coupled with the fact that she had always excelled at school, made Nicole feel embarrassed about her struggles. She had decided she’d keep them to herself, so instead of getting help with her homework or talking to someone about her growing levels of stress, Nicole just put on a front and acted as if nothing bad was happening.

Six years on, Nicole knows that not talking to anyone about her struggles at that moment was a bad decision, but at the time, she didn’t know better. Nicole was hurting, and deep inside of her, a dark storm had started to brew.

The spiral of stress

By the time Nicole was in Grade 11, her stress had grown to the point that it had actually morphed into something completely different: depression.

“I had entered this downward spiral where I was too stressed to go to class because I was doing so poorly, so I started skipping all the time. This made my grades go down even more, which made me even more stressed and sad,” she remembers. “Eventually I was sad all the time and really never wanted to go to school or do anything.”

Nicole was in so much pain that she could barely get out of bed in the mornings. She’d feel extremely sad for days on end, and her self-confidence was so shattered, that she had started to lose hope that things would ever get better.

“By the middle of Grade 11, by then I had left the IB program, but my depression had progressed to the point where I had a couple of suicide attempts. That was when my mom noticed that something was really wrong. She was obviously incredibly worried, and that’s when I started talking to someone about my challenges – mainly because I was forced to. I didn’t want to go see a therapist, I didn’t want to admit that I was struggling with depression, but my mom being a mom, was like sit down, you’re going to get help because I need you to get help,” Nicole says.

Although it would take her a few tries to find a counsellor she liked, Nicole is convinced that the moment in which she started talking to someone about her struggles was a turning point in her life. That’s when she started to learn new skills to cope with stress and started getting the help she needed to slowly start regaining her confidence.

“I had always known that I didn’t like how I was feeling and that I wanted to be happy—but it wasn’t until I understood exactly what those feelings were that I could start working on moving past them.”

For the first year, Nicole only spoke to her family and her counselors about her depression. Although eventually she felt comfortable enough talking to her teachers about it, it would be a while before she could tell her peers how she was feeling.

“At the time, I didn’t really know how to talk about what I was going through with them and I felt like people were going to judge me or treat me differently because I had depression and was seeing a counsellor,” says Nicole.

But that all changed one night towards the end of her senior year. That evening, as her and her friends sat around a bonfire, Nicole opened up. She told her friends how depressed she had felt during Grade 10 and 11, and opened up about her recovery.

What she heard next shocked her.

“Almost all of them shared that they had lived similar experiences. They told me they had been overwhelmed and stressed too, and a few of them opened up about their depression,” says Nicole. “All of a sudden I didn’t feel alone anymore, and understood the value of talking to others about my struggles.”

Now at 22, she continues to work within mental health, supporting members of the homeless population in Burnaby, BC as an outreach and mental health support worker.

As she wraps up her bachelor’s degree in psychology, she also has dreams of helping teenagers experiencing mental health challenges as a clinical psychologist.

“In a way I’m almost grateful for my struggles, because they have led me into the direction I want to go in life.”

This story is part of a series created by Foundry to share the experiences of young people across BC. A wellness service for young people ages 12-24, Foundry includes a provincial network of integrated youth services centres and online tools and resources. Providence Health Care is host to Foundry’s central office and also operates Foundry Vancouver-Granville (originally Granville Youth Health Centre, and inspiration for Foundry centres). Foundrybc.ca is developed in partnership with BC Children’s Hospital and Foundry’s central office.