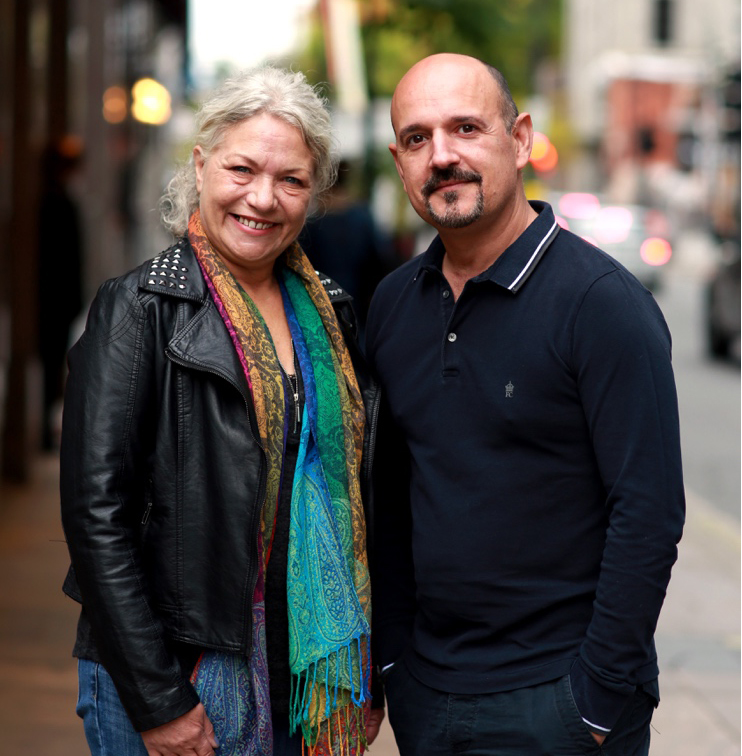 Aging well with HIV. A phrase that, in the not so distant past, could have seemed impossible.

When patients first began presenting at hospitals such as St. Paul’s with symptoms of HIV or AIDS, those who were diagnosed could expect to live only a few years longer. Today, more than half of all people living with HIV in Canada are 50 years or older. This is mostly because people are living much longer, healthier lives with HIV thanks to the success of antiretroviral therapy (ART). In fact, the life expectancy of Canadians and Americans who are HIV positive is close to that of the general population.

And that is very, very good news.

However, the interaction between HIV and aging presents a new and unique set of challenges to people aging with HIV, health care providers, researchers, and advocates. People have never faced aging and HIV together before. People have never taken ART for so long. The long-term effects of HIV and ART present many questions that researchers are just beginning to answer.

Shari Margolese is a 56-year-old woman who has been living with HIV for 26 years. “I am grateful to have outlived my prognosis of less than ten years. Yet, I am managing health issues that most people don’t experience until they are well into their seventies. This impacts my overall wellness and ability to have a full life.  Trauma-based care is also important for many of us who have experienced periods of depression, multiple losses and stigma. However, many health care settings in Canada are not equipped to coordinate our complicated care.”

Aging with HIV: a new frontier

Darren Lausher, a member of the Canadian HIV Trials Network (CTN) Community Advisory Committee, looks back on his experience as a person living with HIV since 1985. “It has been an amazing journey with the medical system. From those early years of ‘I’m sorry there is nothing we can do’, to the advent of medications that gave you hope for another month, then a year, five years, and now your lifespan can be ‘normal’ with possibly just one pill a day.” As for aging with HIV, Lausher reflects on the uncertainty he feels, “maybe it’s the disease, family genetics, or the different drugs and long-term side effects, we don’t know yet and therein lies the crux of it all. It is sometimes tough being in this seat where control is somewhat limited.”

Aging, itself, is a poorly understood process that is experienced differently among people, so the intersection of HIV and aging is quite complex. Living long-term with HIV means you may experience characteristics commonly observed in aging such as the use of multiple medications, changes in physical and cognitive abilities, and increased vulnerability to stressors. Many of these common experiences are amplified by HIV.

From facing down a sneeze on a crowded bus to pushing the buttons on an elevator, our immune systems are constantly battling a host of viruses and bacteria that get into our bodies. This constant state of battle, where a virus reproduces and the body fights against it, keeps the immune system chronically in high alert, a syndrome called inflammation.

So how is this different in people aging with HIV?

One aspect of what’s known about living with HIV is that the immune system remains activated, resulting in a state of chronic inflammation often referred to as “inflammaging.” This persistent, low-level inflammation is thought to occur for a number of reasons including: replication of HIV that remains hidden in viral reservoirs, damage to the gastrointestinal tract, and co-infection with other viruses. The overall consequence of chronic inflammation is the decline in the function, replication, and health of the body’s immune cells.

Dr. Marie-Josée Brouillette, Associate Professor at McGill University and Investigator with the CIHR Canadian HIV Trials Network (CTN) has been researching HIV since the early days of the epidemic. Her research centres around HIV, brain health and aging. “One of the interesting things we are finding as people living with HIV are aging is that they are experiencing almost all of the same, normal age-related conditions, but they are experiencing them earlier than people without HIV. Declines in bone health, cardiovascular health, kidney and liver health, and various kinds of age-related cancers are appearing earlier than in the general population. It is like they are aging faster, but we don’t know if this is because of the HIV, or because of ART, or because of some combination of factors.” Dr. Brouillette is currently leading a study on optimizing brain health in people living with HIV, which you can read about here.

Addressing the issues arising from aging with HIV

The CTN is a Canada-wide research partnership committed to developing treatments, preventions, and a cure for HIV and related health conditions. Throughout the years, the CTN has been involved in research to understand, prevent, and reduce health complications related to HIV. As priorities and demographics change, so does the type of research that is conducted. Click here to view CTN studies related to HIV and aging.