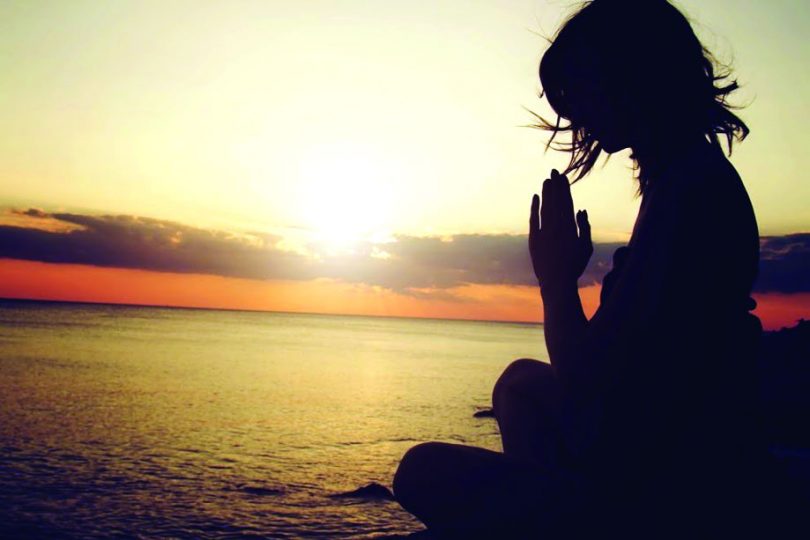 Every week, patients of the Provincial Adult Tertiary Eating Disorders Program, housed at St. Paul’s Hospital, gather and sit together in a circle. This weekly time dedicated to reflection and self-exploration can unearth an integral piece of themselves – and an essential component to their healing – that they had long since lost.

“Often times in hospitals, we focus very much on the mind and body,” explains Spiritual Health Practitioner Bernadette Howell, who leads the weekly Reflections Group with patients of the tertiary inpatient program. “At Providence, we’re equally as invested in nurturing one’s spirit and integrating that into their healing. If we just focus on healing someone’s mind and body, there’s a huge imbalance. We’re full of spirit too. It’s who we are. As Jesuit philosopher, Teillard de Chardin puts it: ‘We’re spiritual beings having a human experience’.”

Precisely what that spirituality is rooted in, or derived from, is up to the individual.

“It’s so important to first connect with patients when they enter the program to understand what their worldview is,” Bernadette says. “Wherever they are and whatever their belief system, knowing what’s meaningful to them helps me come alongside them and to journey with them, helping them to explore what spiritual health is and what that might look like for them.”

Spiritual Health Looks Different For Everyone

For those with faith traditions, this exploration might look like sourcing prayers or services that hold meaning; for others, it might be about cultivating simple daily practices that help the patient take time to pause, reflect and choose a particular intent for that day.

“I help to translate individuals’ own spiritual belief systems into a practice that allows them to start the day off with intent or prayer. Or I simply remind them that just spending time with themselves in a spirit of reflection can offer calm, wisdom and insight,” says Bernadette. “When we have compassionate one-to-one time with ourselves, we connect to our higher power, to the source of life, to inner wisdom, to God. People have many different ways of speaking to that sense of something bigger and deeper than themselves.”

This element of spirit and the exploration of it is seen as particularly important when it comes to treatment and recovery for this group of patients.

One Thing Is Certain: You Are Not Your Eating Disorder

A song that Bernadette often uses in group meditation is “Return to the Land of Your Soul,” using it as an invitation for those struggling with their identity outside of their behaviours or disordered eating to explore who they really are. 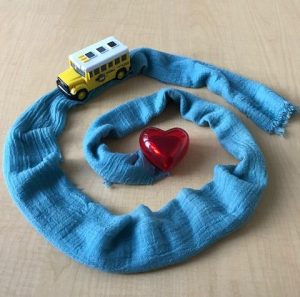 Bernadette often places an object at the centre of the circle to denote the theme being reflected upon each week. In the image above in “Journey to the Heart” patients explores what the journey is like, who accompanies them, how rocky might the road be, who is driving the bus – and more -as they explore returning to the “land of their soul.”

“Because while people might have lost sight of who they are, one thing is certain and it’s that you are not your eating disorder,” emphasizes Bernadette. “Instead, let’s connect who you are with all the wonderful gifts and strengths that you were created with, have grown into, flourished because of – in other words, connect with the heart of who you are – before life and experiences and trauma got in the way and hijacked that sense of self.”

Reading that Bernadette has done has revealed further research showing the connection between religion and spirituality, and one’s recovery from an eating disorder.

“A few qualitative studies done in the US looking at how spirituality can influence the treatment of those with eating disorders show that eating disorder behaviours often times can and frequently do replace a person’s belief in a higher power or wisdom.”

Working to re-frame what fills that omnipresent space by checking in with the health of someone’s spirit is work that Bernadette is honoured to be a part of.

“I feel that as spiritual health practitioners, what we do best is plant seeds. We can’t alter a life course for someone — they need to drive that themselves. But if we can plant seeds that will help them to explore their own inner resources and what spirituality means for them, it can help to cultivate a sense of self-compassion and encourages a larger sense of hope.”

As a former patient of the program and member of Bernadette’s Reflections group frames it: “I never understood spirituality before this group. I was able to open up and learn more about who I am as a person, and connect to my feelings and passion and to living in the moment.”