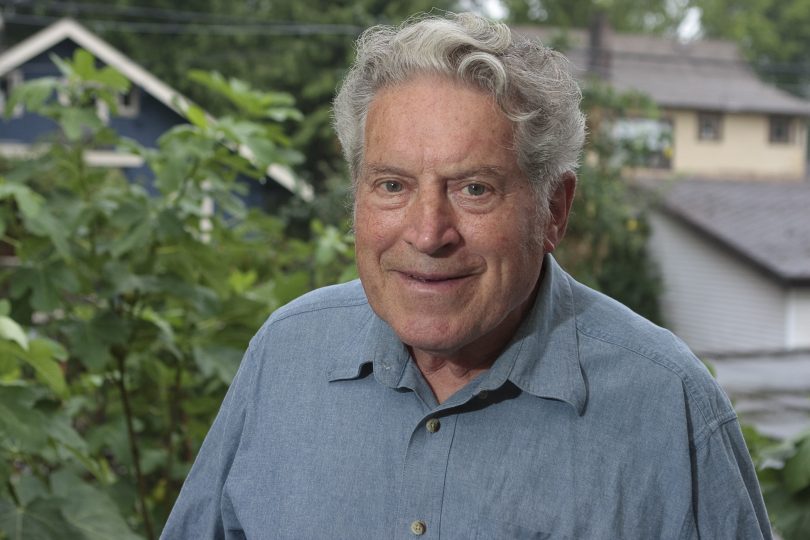 Celebrated photographer Fred Herzog, who died last week at the age of 88, is being remembered for his characteristically colourful street scenes that capture a bygone mid-century Vancouver.

But at the same time Herzog was turning his lens on the people, buildings, storefronts and signs of the burgeoning port city, he was also documenting more scientific subject matter inside St. Paul’s Hospital.

Born in Germany in 1930, Herzog arrived in Vancouver in 1953 and landed a job as a medical photographer at St. Paul’s in 1957. He went on to become head of photography with UBC’s Department of Biomedical Communications where he oversaw hospital photography across the region.

Being an in-hospital photographer today is far different than it was when Herzog started out. For one, everything is digital now – no film, no dark room. But the subject matter has changed too. Herzog would have spent most of his time taking photos inside the operating rooms and documenting patients for educational materials. Today, Smith focuses more on studio portraiture, corporate publications and public relations photography.

Street technique: shooting from the hip

Smith confesses he didn’t make a great first impression on Herzog. He had been working casual photography shifts at BC Children’s Hospital when he got invited to meet Herzog and the then-head of photography at Vancouver General. Believing it was an informal meet and greet, Smith showed up empty handed.

“They said, ‘Where’s your portfolio?’” Smith recalls. “No one told me it was a job interview!”

The misunderstanding was evidently forgiven. Smith was soon invited back for another interview to fill the medical photographer position at St. Paul’s. This time he came prepared – and he got the job.

Smith quickly got to know his new boss in a professional capacity and says Herzog had a reputation for being particular about the way things were done, a stickler for quality, and very serious.

“I was quite intimidated by Fred.”

He also got to know Herzog outside of work. The hospital photographers from across the Lower Mainland would get together twice a year to show off the creative projects they pursued in their spare time.

“It was interesting to know who he was in a workplace and then see who he was as an artist. It was quite different,” says Smith, an avid travel photographer outside his 9-to-5. “He was always talking about shooting from the hip,” he continues, explaining that Herzog removed the prism finder on his camera so he could look straight down at the image on the mirror. This allowed him to shoot his subjects discretely, without raising the camera to his face.

“The thing that street photographers hope to discover has to do with the disorderly vitality of the street; the street people on the corners and plazas, in billiard parlours, pubs and stores, where shoppers, voyeurs and loiterers feel at home.”
— Fred Herzog pic.twitter.com/iJvFpoKO9n

‘He captured the city like no one else did’

Smith knew Herzog had done a lot of street photography, particularly in the ’50s and ‘60s, but it wasn’t until 2007, when The Vancouver Art Gallery presented a major retrospective of Herzog’s work, that Smith saw those images for the first time.

That exhibit catapulted Herzog to fame. And Smith can see why.

“He captured the city like no one else did,” Smith says. “His photographs have such a unique style about them. You feel like you’re that person on the street who’s peering at people without them knowing you’re looking.”

Over the years, Smith ran into his former boss from time to time. A decade ago, he snapped his portrait when Herzog donated a photograph to St. Paul’s Hospital. Taken in 1957 from the top of the former BC Hydro building, and shot in Herzog’s signature Kodachrome colour, the photo depicts the venerable old brick hospital and surrounding neighbourhood. Today, that photo hangs proudly in the St. Paul’s Foundation office. 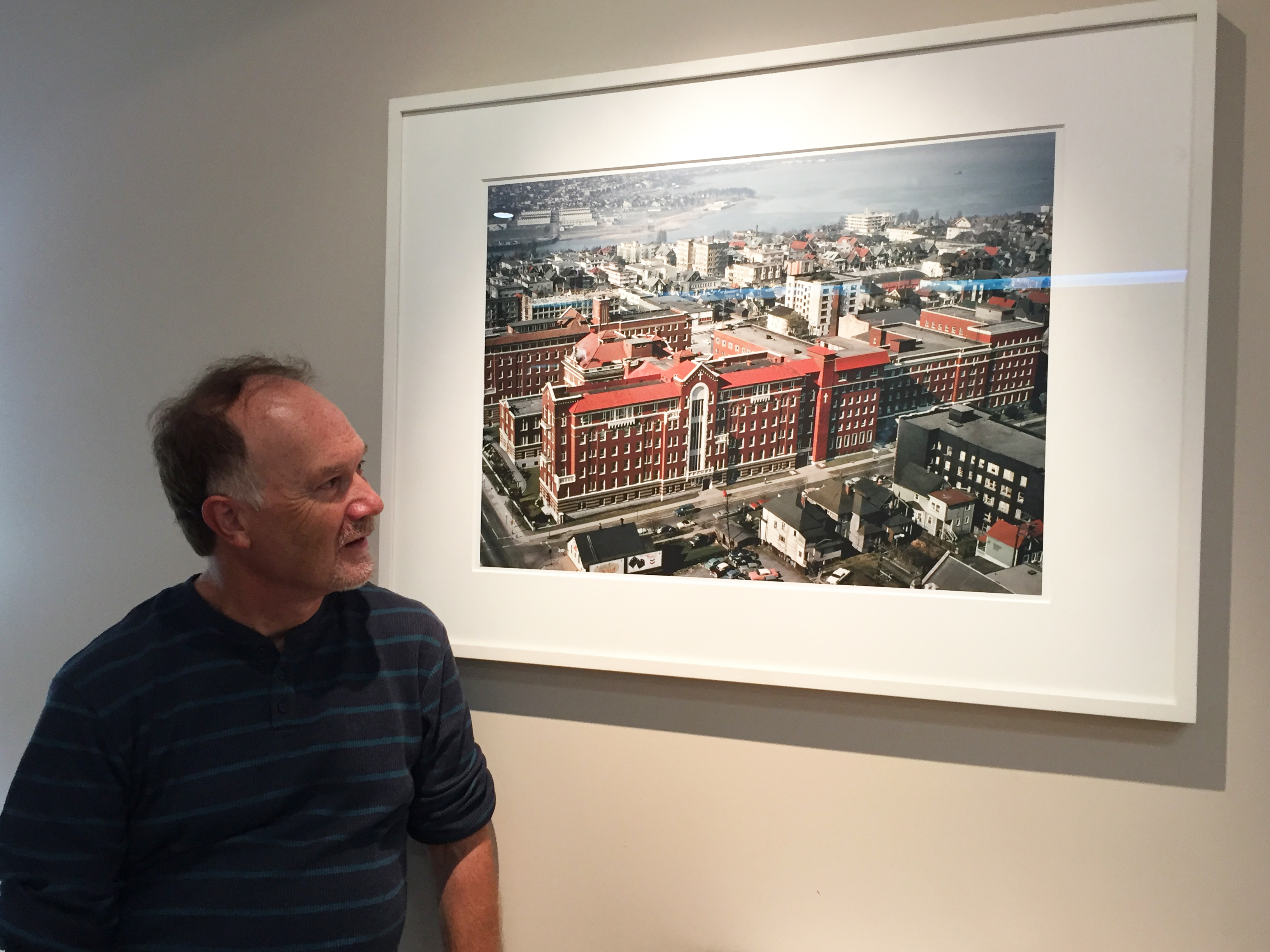 About four years ago, on a late afternoon, Smith was out taking photographs at VanDusen Botanical Garden.

“I came around the corner, down by the floating bamboo bridge, and there was Fred,” he says. “We spent an hour photographing together, and that was the last time I saw him.”

Smith hopes there will one day be a permanent installation of Herzog’s street photography on display so people can see his version of Vancouver, frozen in history.

Click here to read Fred Herzog obituary in The Telegraph.