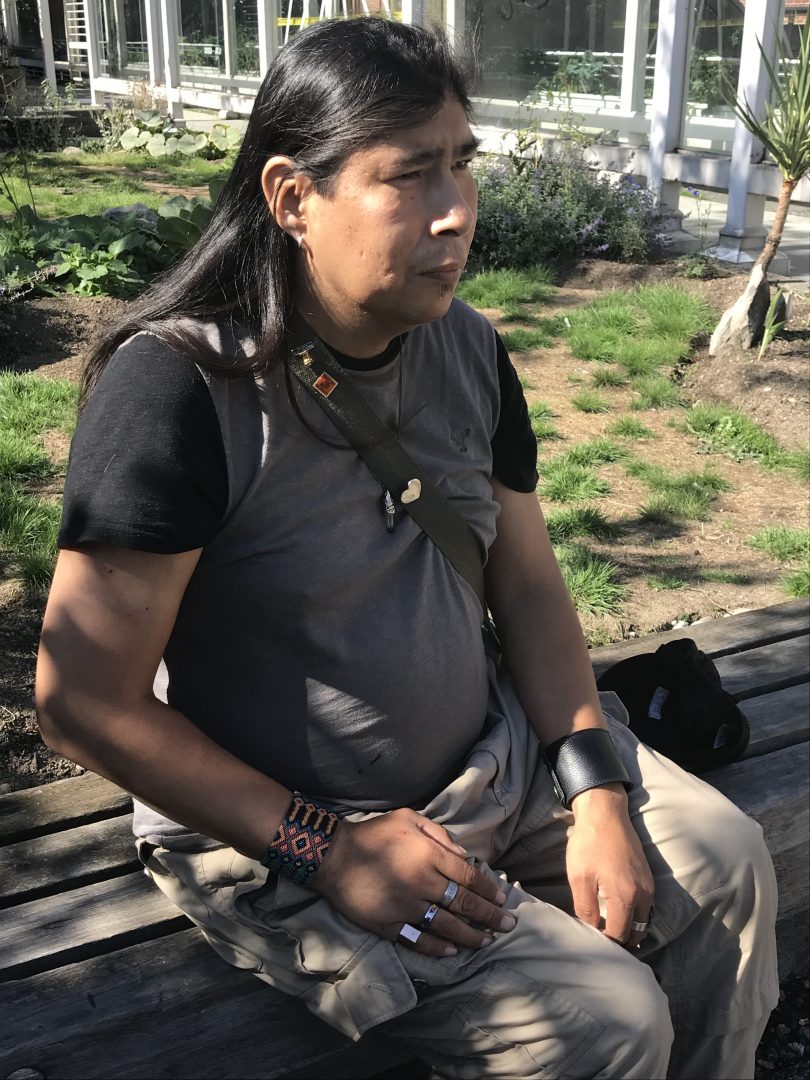 As someone who went without permanent housing for large swaths of his life, AJ Komperdo became resourceful in finding places to stay at night.

His most memorable spot was on the top of a skyscraper in Vancouver’s West End that he managed to access. “It felt safe because no one ever went up that far,” the 42-year-old outpatient at St. Paul’s Hospital recalls.

There was little chance of shut-eye on a hard rooftop, and his fatigue the next morning was bone crushing. But during the dark hours of night, he felt safe.

And safety always trumped sleep quality when he had no home.

Sleep deprivation among those without housing is “a public health crisis,” according to an American organization advocating for homeless people. Experts say chronic fatigue can compound existing health problems and create new ones, both physical and mental. Komperdo, for instance, suffered hallucinations during his time on the street, something that is common, according to literature on homelessness.

Komperdo came to Vancouver from Alberta in the mid-90s to flee a difficult foster home. He has stayed in group homes, with friends, couch-surfing, and in shelters and single-room occupancy (SRO) accommodations.

He says conditions in some of the temporary housing were deplorable. They were noisy, lacking in privacy, and filthy. Sometimes residents would prey on others, “the unaware and the weak,” he recalls.

So he came to prefer the street, rain or shine, winter or summer, even if that meant living in a chronic state of sleep deprivation. Life centred largely on where he’d stay during the night – and where he’d try to sleep in the day.

Sadly, many others in the city are familiar with this reality. Vancouver’s homeless population stands at 2,223 people, according to the City of Vancouver’s 2019 homeless survey.

Sam Gill, a Registered Nurse at St. Paul’s Hospital’s Rapid Access Addiction Clinic, speaks with a lot of unhoused people in the course of his work. “When people are sleeping rough, with housing insecurity, they’re living in constant survival mode,” he says. 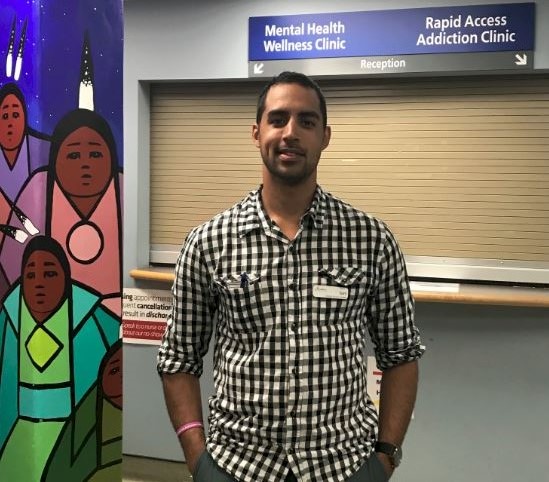 That accurately sums up Komperdo’s experience. “You basically don’t sleep when you’re homeless. You’re scared of being robbed, or assaulted, or molested,” he says. All those things happened to him.

The homeless sleep during the day when there’s a slightly improved measure of security, he says, explaining that is why so many without shelter sleep in public places during daylight. He would sleep in public parks in an attempt to fly under the radar. “It looked to other people like I was sun-tanning.”

Another coping mechanism was to ride on public transit for long stretches, from downtown Vancouver to Surrey, to try for some shut-eye. But he rarely got quality rest.

To cope with the exhaustion and stay awake, he would use stimulant drugs like cocaine and crystal methamphetamine, which would create health issues.

And among the homeless, health problems are at risk of being left untreated, says Gill. “Being homeless and chronically sleepy has far-reaching medical consequences, including becoming disengaged from the health-care system,” he says. “The need for sleep can be so overpowering that nothing else matters, like appointments with health care professionals. When you’re in that situation, how can you think of anything else except sleep?”

Eight months ago, Komperdo’s life took a major turn for the better when he got placed in modular housing in the city. He loves the privacy and cleanliness of his room, two things new to him.  He is grateful for the supports and services he can access through this housing, which he thinks is a great start in addressing this pressing issue of homelessness.

One suggestion he has, influenced by his time in shelters, is to encourage an even distribution of all types of tenants. “Integrate everyone, so the hard-to-house tenants fall in line with the rules and are civil and obedient. That could lead to some sense of normalcy.” It might help residents get a better quality of sleep, he adds.

Komperdo is telling his story in the hopes it moves policymakers to push forward new models of affordable housing for those who need it. He also hopes sharing his experience helps people understand that there is a human being under the sleeping bag in the park, with hopes and aspirations like everyone else. “Judgments have no place. Some of us do have brains but we’ve fallen on hard luck.”

Sam Gill echoes this. “You must have gone through a lot to sacrifice sleep for safety,” he says. “I know one thing from my clients: people don’t choose to sleep on a park bench.”