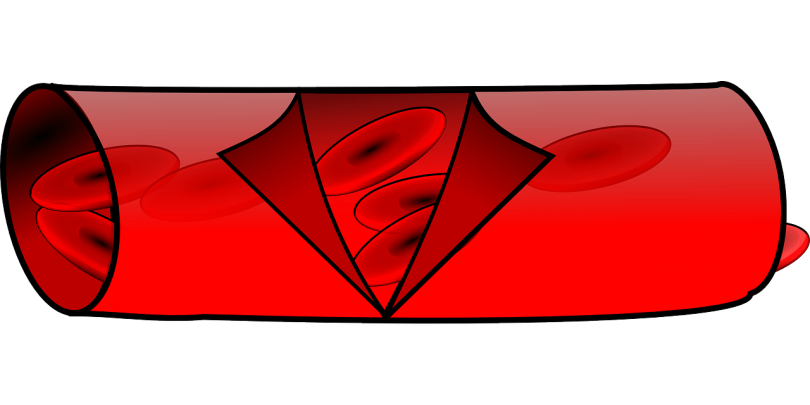 Shortly after undergoing elective foot surgery a year ago, Harpreet Chauhan developed pain and swelling in her left calf so intense that it made the cast around her foot feel tighter. She couldn’t rest her leg on the bed as it was tender to the touch. Chauhan, a physician, immediately sought medical treatment at St. Paul’s Hospital emergency where she was diagnosed with a form of thrombosis. She had blood clots in multiple blood vessels.

Chauhan was put on blood thinners right away. Because she was prescribed Warfarin, she was required to have regular blood work, initially every day.

She remained on blood thinners for three months with blood work done each week. An ultrasound conducted at the end of that period concluded that her clots had resolved completely. A combination of the trauma resulting from surgery plus genetics had contributed to her clots. Other family members have experienced it, including a brother who broke his foot while skiing.

“As a physician, I knew to expedite treatment because I was already familiar with the symptoms of blood clots,” said Chauhan. “However, the average person may not know what to look for or even suspect they have it.”

Thrombosis Clinic hosts Oct. 9 public education sessions
Blood clots don’t discriminate. Given that one in four deaths worldwide are related to them, information is not just power, it may be the difference between life and death. That’s why St. Paul’s Thrombosis Clinic is presenting two free public sessions to educate people about symptoms and risk factors. The sessions take place at 6 and 7 p.m. on Oct. 9 in advance of World Thrombosis Day (Oct. 13) at the Cullen Family Lecture Theatre (room 1477) at St. Paul’s. Space is limited so attendees are asked to register.

The Thrombosis Clinic, which is headed up by co-directors Dr. Tony Wan and Dr. Anna Rahmani, opened several years ago. Clinic hours have since been expanded from two half-days per week to five full days. 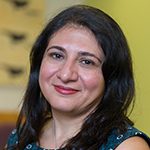 “Our primary aim with these free public sessions is to provide education around signs and symptoms of thrombosis,” said Rahmani. “Much in the same way that people now recognize the signs of heart attack and seek medical attention, they should be able to do the same with blood clots given the consequences of not getting diagnosis and treatment.”

Cancer can cause clots
Rahmani says that what may surprise people is how much other medical problems can contribute to clots. Cancer patients, for example, are at four times’ higher risk than the general population of developing serious blood clots.

A blood clot in a cancer patient has serious consequences as the risk of recurrent blood clots and bleeding during anticoagulation (medication that prevents blood clots) is increased along with hospitalization rates. Survival time is decreased. Rahmani adds that, if you have cancer, several factors will affect your likelihood for developing a blood clot: the type of cancer you have; the stage of your cancer; how it’s being treated; and your level of physical activity. Chemotherapy also puts patients at risk of blood clots.

And you don’t necessarily have to go into the OR to be at risk. Up to 60 per cent of all blood clot cases occur within 90 days of hospitalization, making it a leading preventable cause of hospital death. 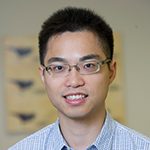 Hormones can wreak havoc
Rahmani says it’s essential to note that the risk of blood clots increases during pregnancy and postpartum. Pregnant women are more likely to have left leg blood clots and the risk is highest during their six weeks’ postpartum period. Similarly, some women on birth control pills containing estrogen are also at higher risk.

A clot to think about
Blood clots are serious and can cause problems that may affect you for the rest of your life. You may have long-term problems with breathing, and a higher chance of getting another clot, and swelling that will not go away. Every year, there are approximately 10 million cases of blood clots globally. In the US and Europe, blood clot-related events kill more people than AIDS, breast cancer, prostate cancer and motor vehicle crashes combined.

What to look for and when to seek help
Rahmani says that a person can be completely healthy and develop a clot; no one’s immune. For a blood clot in the leg, the most telling symptoms are calf pain, swelling and redness. At first, it can feel similar to the discomfort you have after having over-exercised or when experiencing a charley horse.

In the case of a blood clot in the lung (pulmonary embolism), the main symptoms are shortness of breath, sharp, knife-like chest pain, and cough that is sometimes associated with bloody streaks.

If you develop any of these symptoms, seek medical attention immediately.