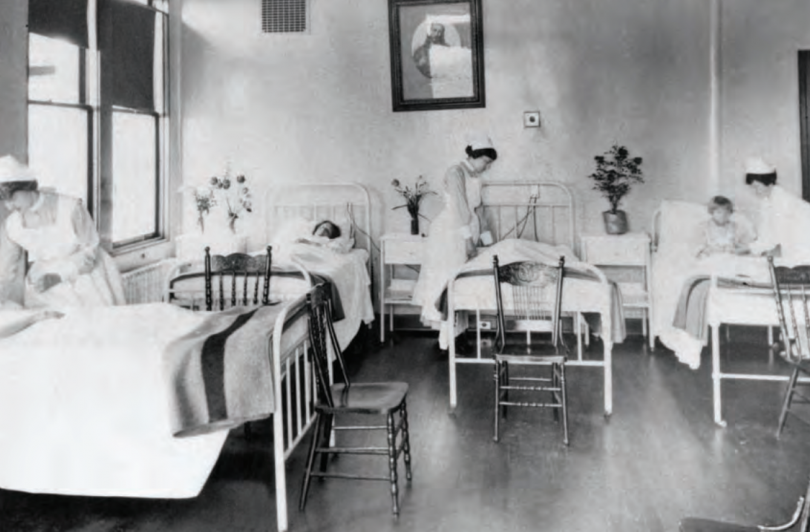 On November 21, 1894 – 125 years ago – St. Paul’s Hospital admitted its very first patient, a woman by the name of Mrs. Woodlock. At the time, the hospital was a modest 25-bed, four-storey cottage recently opened by the Sisters of Providence to serve the health care needs of the growing port city. 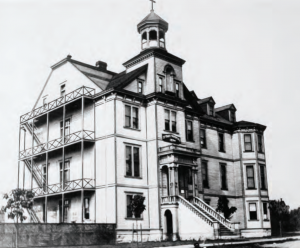 What ailed Mrs. Woodlock is still unknown (early records are incomplete). In St. Paul’s first year, 120 patients were admitted, with the Sisters personally taking care of all of them. The doctors, who often lived in the new West End neighbourhood, used horse-drawn buggies in the summer months and horse-drawn sleighs in winter. A hitching post was installed outside the hospital gate. Ambulances were also horse-­drawn. On arrival, the driver would ring a bell for assistance.

The shape, size and scope of St. Paul’s has changed a lot since 1894, but in the 125 years since that first patient was served, Providence’s commitment to serving those most in need has remained constant. 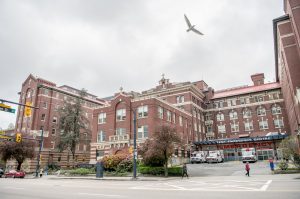 Today, Providence is in an exciting time of change. A new $1.9 billion St. Paul’s Hospital is expected to open in the False Creek Flats area in 2026, replacing the aging Burrard Street facility. As the largest hospital redevelopment in B.C.’s history, the new St. Paul’s will have capacity for up to 548 beds, including 115 new beds.

“In 10 years’ time, we can’t imagine being a world-leading organization in health care and not being at the forefront of the digital technology revolution and this go-live is really the first step towards that,” Fiona Dalton, President and CEO of Providence, said of the switch to CST Cerner.

With a new hospital on the horizon, and with electronic health records in place, Providence is well positioned to deliver compassionate care to the people of B.C. for another 125 years. 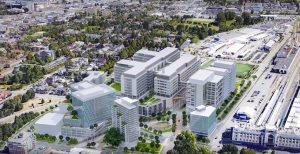