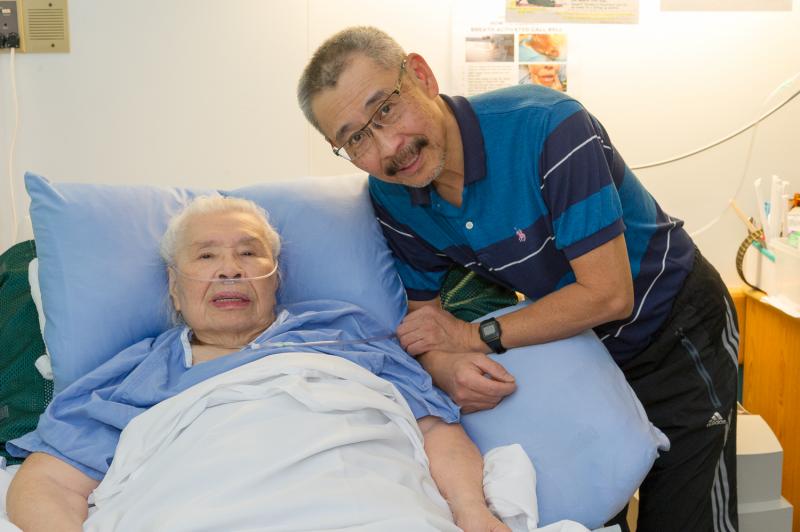 Ray Chan, a retired teacher, had been visiting his elderly mother at her home. He had been in the kitchen, preparing lunch for her, when he heard a loud “bang” upstairs. His mother had been in the bathroom, washing her hands, when she slipped and fell.

“In that instant,” says Ray, “our lives changed.”

Up until that day in January 2017, Ray’s mother, Yuk Sim, had been a healthy and independent 89-year-old, living on her own.

“She would not move,” says Ray, speaking of the house in which Yuk Sim lived, the same house in which she and her husband, who had passed away in 1997, had raised Ray and his brother, Robert.

Really, there had been no urgent need to move. Ray and Robert were very much a part of their mother’s life, handling tasks like grocery shopping and maintenance issues, while a home support worker came to the house twice a week to help with Yuk Sim’s personal care needs.

The brothers went with their mother to Emergency after her fall to learn that it had resulted in a fractured clavicle. Recuperation would be slow for Yuk Sim. She would ultimately spend six weeks at Mount Saint Joseph Hospital.

What had not been immediately evident was that the force of Yuk Sim’s fall would cause her cervical vertebrae to shift toward her spinal column. Symptoms appeared slowly and subtly over months, mostly in the form of tingling and numbness. By May, five months after her fall, Yuk Sim had complete paralysis below the neck.

Click here to learn about “the little things”at Mount Saint Joseph that mean so much to Ray and his family.