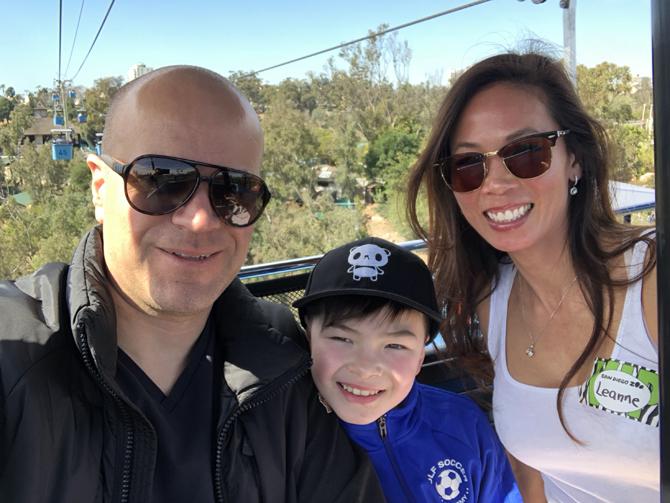 Darren Pedersen with his nine-year-old son KJ and wife Leanne.

For months, Darren Pedersen knew something was wrong. But doctors kept brushing it off, telling him, “You might have an ulcer. You must be stressed.” Finally, after the Vancouver investment advisor kept pushing for answers, he was referred for a colonoscopy. That colonoscopy immediately gave him the awful answer to all those symptoms he’d been experiencing for months – at the age of 42, Pedersen was diagnosed with Stage 3 colorectal cancer.

Along with five weeks of radiation and chemotherapy, Pedersen underwent life-saving surgery at St. Paul’s Hospital under the care of Dr. Manoj Raval, a specialist in colon and rectal surgery. Dr. Raval performed two major operations to remove all of Pedersen’s large intestine and reconstruct it using the small intestine.

“I always joke that I’m past my expiration date, so every day is a blessing,” quips Pedersen, five years later. He and his wife have become major advocates for early screening, and raising awareness about the surprising prevalence of colon cancer, often known as a disease that affects seniors, amongst younger people.

Dr. Raval says the numbers are telling. While overall rates of colorectal cancer have been declining, the one group that is seeing a rise in incidence rates is younger patients such as Pedersen. Between 2010 and 2030, the percentage of people diagnosed with colon or rectal cancer before age 50 is expected to double. “Last year, I did about eight to 10 operations on patients under 50 for colon or rectal cancer. A decade ago, that was rare,” points out Dr. Raval.

Experts aren’t sure why early-onset colorectal cancer is increasing. Dr. Raval says, “It is possible that people are more aware of their symptoms and seeking medical attention earlier, and there may be environmental factors that potentially play a role, but nothing is clear yet.”

On top of these startling numbers, turns out age can be a barrier to proper diagnosis. A 2017 survey by the Colorectal Cancer Alliance shows four out of five young survivors were initially misdiagnosed. 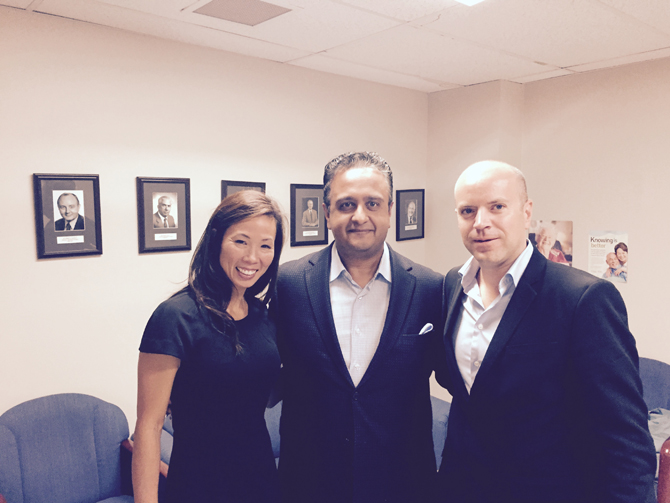 Darren Pedersen isn’t surprised at all. After his diagnosis and surgeries, he urged his friends and colleagues to get colonoscopies. Many of them were active, fit and seemingly healthy, with no family history of colorectal cancer. “A third of my friends found polyps or ‘actionable items’ that were able to be addressed.” He emphasizes, “We are all in our early 40s or late 30s.”

Stigma is still a huge issue and Dr. Raval says, unfortunately, that prevents people from coming forward to get their symptoms checked out sooner. “People are often even embarrassed to talk to their family doctors about changes in bowel symptoms, let alone friends and family. That’s also why colorectal cancer doesn’t get the exposure that, for example, breast cancer and heart disease get in the media.”

The good news is colorectal cancer is one of the most curable cancers, when caught early. And treatment options have greatly improved, with far less invasive surgical techniques. St. Paul’s is a leader in the field and is now one of the biggest centres in Canada.

Pedersen, now 46 years old, is dealing with a recurrence of his cancer. But he still continues to spend time raising funds to support the Colorectal Cancer Clinic at St. Paul’s, and encouraging others to pay attention to their bodies and get screened early. “I truly believe that nobody ever has to pass away from colon cancer again. As long as you catch colon cancer soon enough, it can be treated and it can be cured.”