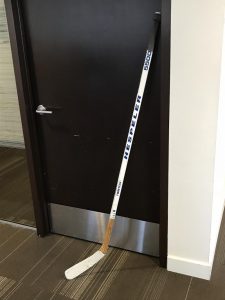 With any mass trauma, people who have been closely involved will experience some psychological impact in its wake. Dr. Harpreet Chauhan, head of the Department of Psychiatry at Providence Health Care, reflects on what those who were directly or even indirectly affected by last week’s Humboldt Broncos bus crash might expect and how they can deal with the tragedy:

The bus collision that took 16 lives last Friday affected countless people, among them: the surviving victims and their families (especially those who saw the accident scene), the first responders, the medical personnel who treated the patients in hospital and worked round the clock to save their lives, members of the tight-knit community. The driver of the truck that collided with the bus and even reporters who arrived on the scene will be affected. These people are going through an unimaginable time, mostly psychologically and emotionally, and for the survivors, also physically.

People closely affected may experience a sense of loss and grief, shock, numbness, fear and sadness.  Other symptoms may include an inability to sleep, eat or concentrate.

The intensity of these symptoms does decrease over time and most of those affected will go on to avoid Post Traumatic Stress Disorder.  They will grieve for their loved ones for a significant time, but they will be able to move forward.

The most vulnerable are those who survived the accident itself.  The intensity of the trauma and the task they now face in coping with their health and injuries not only increases their risk of PTSD but also of depression.  The higher the degree of a life threat the greater the risk of PTSD and other psychiatric conditions such as depression.  However, the risk of these decreases with good support from family, friends, peers and even community members and teachers.

Symptoms of PTSD in young people include intrusive thoughts about the event, decreased sleep, recurrent nightmares, avoidance behaviours, flashback memories, fear, and guilt. Young people may become more irritable or angry. They may act out or use substances.

Sometimes, when symptoms persist for weeks and cause severe distress or suicidal thoughts, it is critical that those affected get assessed by a medical professional.

Survivors’ guilt may be common among survivors, but can be considered a normal part of the recovery process.

It’s helpful to give people an opportunity to talk about what they experienced, how they feel or how they’re processing the major amounts of media coverage.  It is important to let them express themselves, but on their terms – it’s not wise to force them to talk.  Validating and empathizing with their experiences is key.  People want to be understood and heard.

Encouraging normal or enjoyable activities is healthy.  And sleep, exercise plus a healthy diet is always important for mental health and recovery.

Support helps remind people that they are not alone.

We’re seeing signs of the resilience present in some of the survivors – the team member who suffered a broken back, for example, who vows he’ll play some kind of hockey again.

And the crash victims, medical staff, first responders, broader community and all who are hurting may be helped by the staggering outpouring of support from across Canada and even around the world.

I see the hugely successful GoFundMe campaign as helpful. Those who have lost a loved one feel support in hearing good wishes and thoughts about that person.  It helps them feel less alone, and loved. Other symbolic gestures such as the memorials, the hockey sticks people are leaving at their doors to honour the victims, the wearing of sports jerseys and the outpouring of social media support can only help and remind everyone they are not alone.