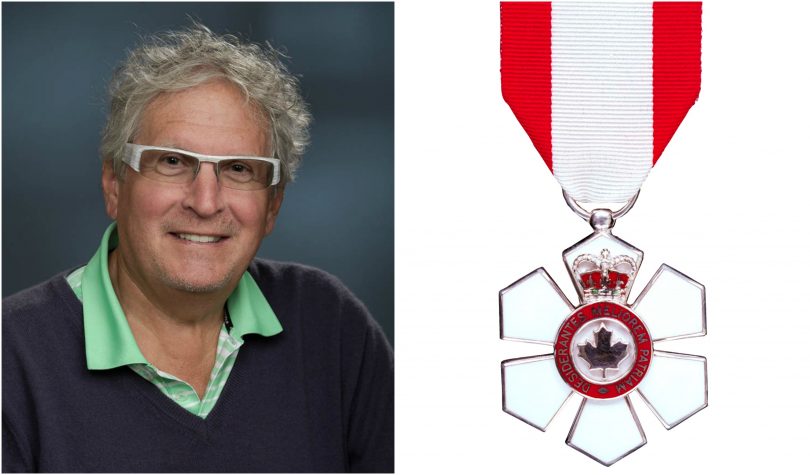 The CEO of the Centre of Excellence for Prevention of Organ Failure (PROOF Centre) Dr. Bruce McManus has been appointed a Member of the Order of Canada.

Dr. McManus was one of 105 new appointments to the Order of Canada, announced June 29 by Governor General Julie Payette.

He was recognized for his translational research that has led to advancements in the diagnosis and treatment of cardiovascular disease and organ failure in Canada.

“I am deeply honoured by being appointed with such amazing Canadians. I am especially appreciative of the many friends and colleagues locally and globally who have made this journey so much fun and productive,” Dr. McManus reflects.

As stated on the Governor General of Canada website, the Order of Canada was created in 1967 and is one of our country’s highest civilian honours, recognizing outstanding achievement, dedication to the community and service to the nation. Close to 7,000 people from all sectors of society have been invested into the Order.

With this recognition, Dr. McManus joins an illustrious group of PHCRI-affiliated appointees to the Order of Canada, including Drs. James Hogg, Robert Hogg, Adeera Levin and Julio Montaner.

New recipients will be invited to accept their insignia at a ceremony to be held at a later date.

The full list of new appointees can be found here.