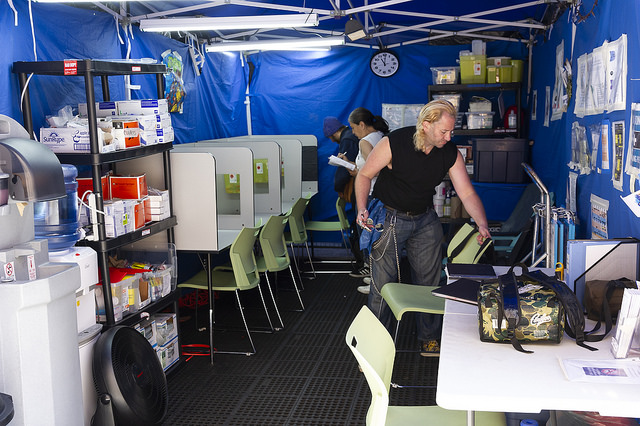 Inside the Overdose Prevention Site at St. Paul's Hospital.

New research from the BC Centre on Substance Use suggests applying successful strategies to fight HIV/AIDS in response to the overdose crisis.

In a study published in Drug and Alcohol Dependence, BCCSU researchers used data from 10 years of interviews from people with opioid use disorders to analyze their engagement in addiction treatment. Called a “cascade of care” analysis, this approach was developed to focus efforts to curb the HIV pandemic.

Researchers studied 1,615 daily opioid users in Vancouver between 2006 and 2016. While they observed improvements in the proportion of people who were linked to addiction care, accessed opioid agonist treatments, were retained on OAT, and achieved stability, the findings reveal enormous gaps in delivering evidence-based treatment. In particular, they found only one-third of individuals were retained in evidence-based addiction care in the final year of the study.

Untreated opioid use disorder is a key driver of the overdose crisis. Last year, 1,422 people in BC died of an illicit drug overdose. 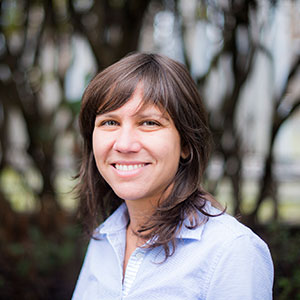 “Novel approaches to improve engagement in evidence-based treatment for opioid use disorder are urgently needed to address the escalating overdose crisis,” says Dr. Eugenia Socías, UBC assistant professor and research scientist at the BCCSU, and lead author of the study. “Understanding who is – or isn’t – accessing treatment and why is critical to developing effective responses.”

Researchers found those who were older, Caucasian, or living with HIV or hepatitis C were more likely to achieve higher status on the cascade. Conversely, periods of daily crack use, homelessness, and incarceration were generally associated with less likelihood of achieving the four cascade stages.

The cascade of care approach was successfully applied in BC to evaluate the quality of health care delivery for HIV, helping to identify gaps and implement strategies in response. As a result, rates of new HIV infection among people who use drugs have declined and remained low since peaking in the mid-1990s.

The study authors believe the cascade of care framework has potential to monitor and evaluate efforts to treat and care for people with opioid use disorder, and anticipate and address future crises.

This article is an abridged version of a BCCSU news release. Click here to read the release in its entirety.