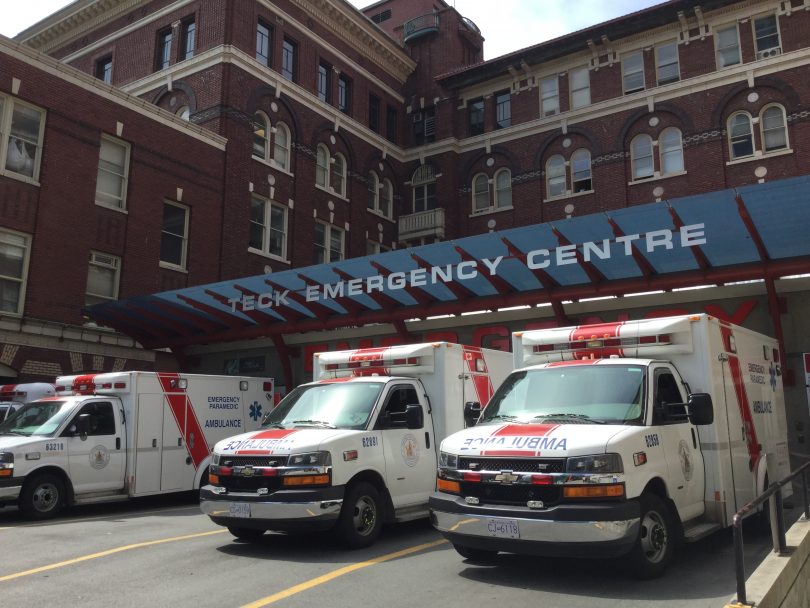 Despite public perception that patients may be unnecessarily packing emergency department waiting rooms, a new study initiated by Providence’s Department of Family Medicine had some surprising findings.

Dr. Rita McCracken, Dr. Nardia Strydom, and two Family Practice residents – Dr. Kim Sancton and Dr. Leila Sloss – set out to find out why people are choosing to go to emergency for non-emergencies. Surprisingly, more than half of the 292 people surveyed at St. Paul’s Hospital had already sought care for the same problem before going to the ED.

“One of the other main findings was that most of the patients who showed up – 87.6% – thought that the ED was the best place for them to be,” explains Dr. McCracken, “So, not that they couldn’t get care elsewhere, but that they felt they needed to be at the ED.”

The study, published this month in the Canadian Family Physician journal (http://www.cfp.ca/content/64/8/e354), went on to dig deeper. The researchers specifically asked a follow-up question: hypothetically, if you could see a family physician close-by without any additional wait instead of going to the ED, would you? Less than half thought this was a good idea.

Dr. McCracken says she and her fellow researchers were very surprised, “It really speaks to the need to include patients’ voices in the decision-making and policies when you’re trying to consider ways to have fewer people show up to the ED. If we know that a patient is at home making a self-assessment of how they’re feeling and they think “I need to go to the ED” over thinking about primary care in their community, it doesn’t matter if there is a better alternative out there for them if we haven’t communicated in a way that a patient would change that decision-making.”

Turns out more than a quarter of people living in downtown Vancouver don’t have a family doctor, according to a 2014 provincial survey. That number has increased since then.

“I think primary care in Vancouver has been under stress for quite some time,” says Dr. McCracken. “If that many people don’t have a family doctor it kind of makes sense that people wouldn’t be looking to community family medicine to solve urgent problems because we’ve basically taught them that crucial needs can’t be met in the community.”

The study’s findings also indicate the need to look at how we define the term “inappropriate.”  Dr. McCracken explains, “If I have a patient who has just fallen and maybe broken their wrist, even though this injury might currently be classified as ‘non-emergency’, they need an x-ray and maybe a cast. Right now, my only option is to send that patient to the ED, where they have access to the tools and expertise needed.”

The addition of recently-announced urgent primary care centres (UPCC) holds promise for the potential of that kind of care being available in the community in the future.

The study was published this month in the Canadian Family Physician journal: http://www.cfp.ca/content/64/8/e354. Read Dr. McCracken’s thread on Twitter where she breaks down the study findings: https://twitter.com/DrRitaMc/status/1029497852597174272.