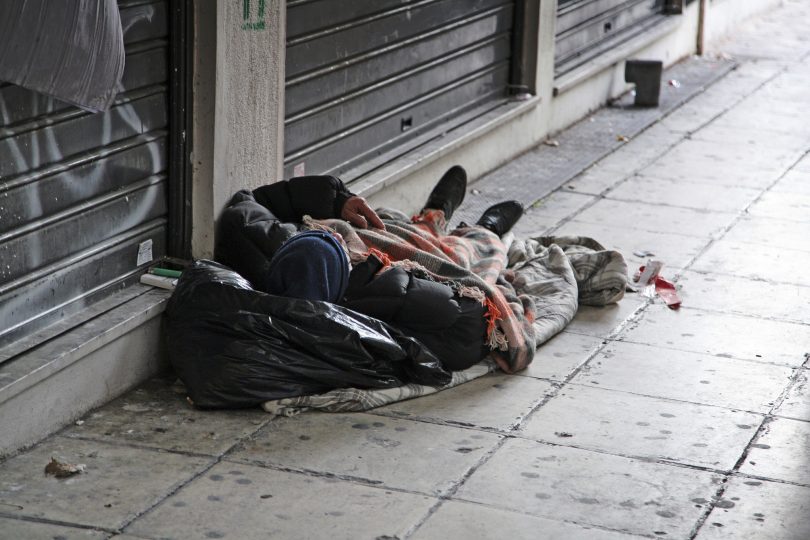 International Overdose Awareness Day is a global event held on 31 August each year and aims to raise awareness of overdose and reduce the stigma of a drug-related death. It also acknowledges the grief felt by families and friends remembering those who have died or had a permanent injury as a result of drug overdose.

With the dual problems of homelessness and the fentanyl health crisis taking their toll, it’s an all-too-common street sight on Vancouver streets and alleyways – a person lying on the concrete.

When we see them, questions swirl through our heads. Are they sleeping? Unconscious? Have they overdosed? Should I risk bothering them to see how they are? What kind of reaction might I get?

Some passersby turn a blind eye and carry on.  Others, even those with the best intentions, may do the same. They may want to intervene, but simply don’t know how.

To mark International Overdose Awareness Day, we asked Jeremy Hunka at Union Gospel Mission, one of Providence Health Care’s community partners, for some advice on how to respectfully approach a person who may have overdosed, and see how best to help them.

His first tip: “Generally, if you see someone on the street and think something is wrong, you should trust your instincts.”

Hunka suggests that if the person seems unconscious or in some kind of distress, approach them and in a quiet voice, say, “Hi, are you OK?” If the person is alright, they’ll likely move or respond in some way.”

If you don’t get a response, he suggests that you raise your voice a little and ask: “Can you answer me – are you OK?”

If the person is still unresponsive, say in a louder voice, “I’m going to call 911 unless you respond.” Often the person will respond to save themselves what may be, for them, unwanted first-responder intervention.

The public may also wonder how to help conscious people with evident signs of medical distress – those who are bleeding, or agitated, perhaps due to an anxiety attack or other reason. Hunka says that even if they don’t want help, it is probably best to call 911 if you sense there’s an emergency.

He says mere minutes can make the difference between life and death.

And he says that if the person lashes out at you or says he doesn’t want help, never take it personally. “People have gone through a difficult sequence of events to be where they are, and may just be at the end of their rope.”

Hunka acknowledges that, sadly, members of the public may ignore persons in need out of assumptions they want to be there. “That’s not the case,” he says, adding there are numerous reasons why a person finds him or herself alone and on the street, including mental-health issues, other substance-use problems or financial issues.

“Doing the right thig is simply calling 911. If people are approached with respect, most will probably appreciate that you’re really just checking on their well-being. And you will leave the situation confident that you intervened appropriately, communicated that you care and that you may even have saved a life.”

The last word comes from a man with lived experience. Stanley Q Woodvine has been homeless for 13 years. He writes a column for the Georgia Straight called Homeless in Vancouver, and here is his take on approaching someone to check in on their welfare.