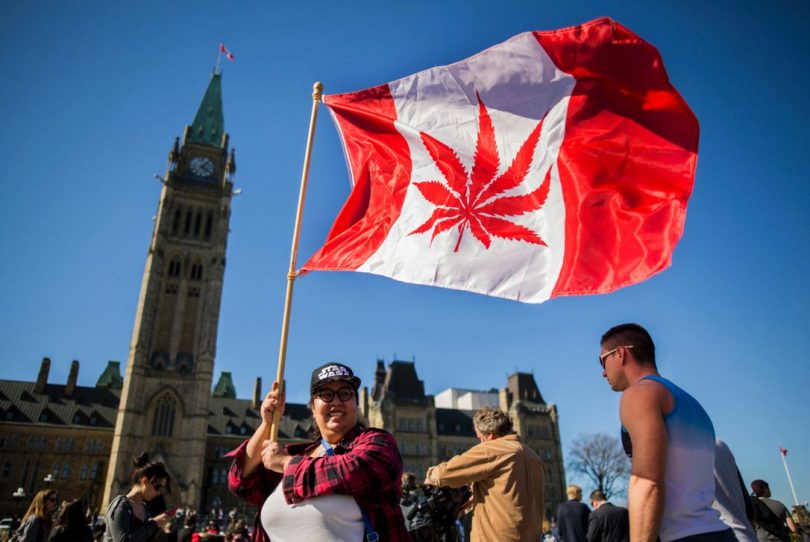 This photo taken on April 20, 2016 shows a woman waving a flag with a marijuana leaf on it next to a group gathered to celebrate National Marijuana Day on Parliament Hill in Ottawa. (CHRIS ROUSSAKIS / AFP/GETTY IMAGES)

The legalization of cannabis is just days away, and while many Canadians eagerly anticipate October 17, Joseph Finkler, an Emergency Department physician at St. Paul’s Hospital, is bracing for increased visits.

He anticipates that legalization will prompt greater demand for emergency medical treatment, particularly among the “cannabis neophytes,” as he calls them.

Dr. Finkler offers SIX tips for those starting cannabis use:

Get informed about where you can legally buy or use cannabis in British Columbia HERE.