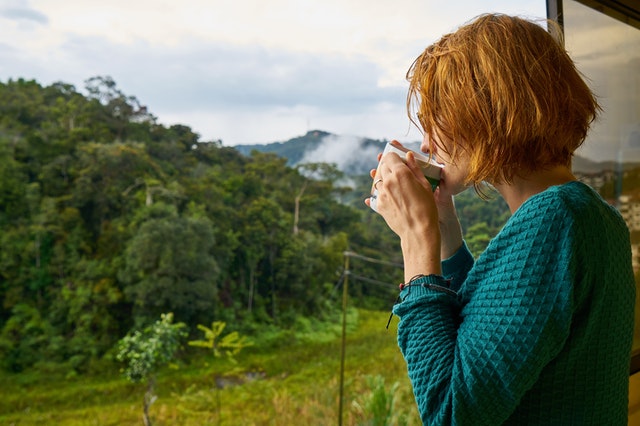 Drinking coffee may be the answer to your rosacea woes.

Coffee is known for boosting energy, morale and a patriotic love of Tim Hortons, and now a new east coast study confirms its benefits for rosacea patients.

Findings published last week in JAMA Dermatology indicated that caffeinated coffee consumption is associated with a decreased risk of incident rosacea. These findings apply only to caffeinated coffee, not decaf nor other foods and beverages containing caffeine such as tea, chocolate and soda.

According to the Canadian Dermatology Association, rosacea is a chronic inflammatory skin condition affecting more than three million Canadians. It may first present as intermittent facial redness or blushing on the cheeks, nose, chin and forehead. Over time, the redness may worsen. Bumps, tiny pus-filled pimples and enlarged blood vessels may appear.

The disease’s impacts may vary with each individual and severity is unpredictable. Though there is no cure, it can be managed with appropriate treatment and lifestyle changes. Many triggers for rosacea have previously been suggested, including caffeine, hot beverages, sunlight, spicy foods, strenuous exercise, and hormonal factors.

The findings from the east coast study are a radical departure from what was previously believed about the relationship between rosacea and coffee. An earlier study from Poland pointed to an increased risk of rosacea among coffee drinkers.

For Dr. Christina Han, a dermatologist within the division of dermatology at St. Paul’s Hospital who treats rosacea patients daily in her practice, the results of the east coast study are surprising. Up till now, the Polish study has served as the basis for how she has directed patients with regard to caffeine consumption.

“Having a more up-to-date study that shows we don’t have to limit coffee intake in rosacea patients and can even encourage it may change how we counsel patients moving forward. Until recently, we’ve advised patients to avoid caffeine,” said Dr. Han.

She says that, while some patients report rosacea flares after consuming coffee, others do not at all. Alcohol seems to be a more common cause of flares. However, all factors must be taken into consideration when determining rosacea triggers, not just diet. Environmental and genetic factors, stress, and heat and sun exposure all play a role in flares and are hard to completely control in real life.

Regardless, anything that may serve to reduce incidences of rosacea flares is positive news for patients.

“Often rosacea patients are diagnosed later in life despite not having had complexion issues in the past. I see the frustration and embarrassment they experience. It can affect them in the workplace and relationships, and prove especially problematic if they work in a field where they’re in the public eye,” said Dr. Han.

The east coast study cites potential reasons behind the benefits of coffee drinking for patients with rosacea. One of them is that drinking coffee decreases the dilation of blood vessels responsible for causing rosacea. Also, evidence has shown that caffeine contains antioxidants and may have an anti-inflammatory and immunosuppressant effect. Finally, hormones are known to contribute to rosacea and caffeine can regulate or balance hormone levels, including adrenaline, noradrenaline and cortisol.

“The east coast study is eye-catching given its findings but may have some limitations. Certainly further studies should be done about rosacea and diet and dietary modification to solidify the findings. Our culture is very coffee-oriented. It would be nice for rosacea patients to be able to return to enjoying something they had to give up, especially knowing it may help, not hurt,” added Dr. Han.