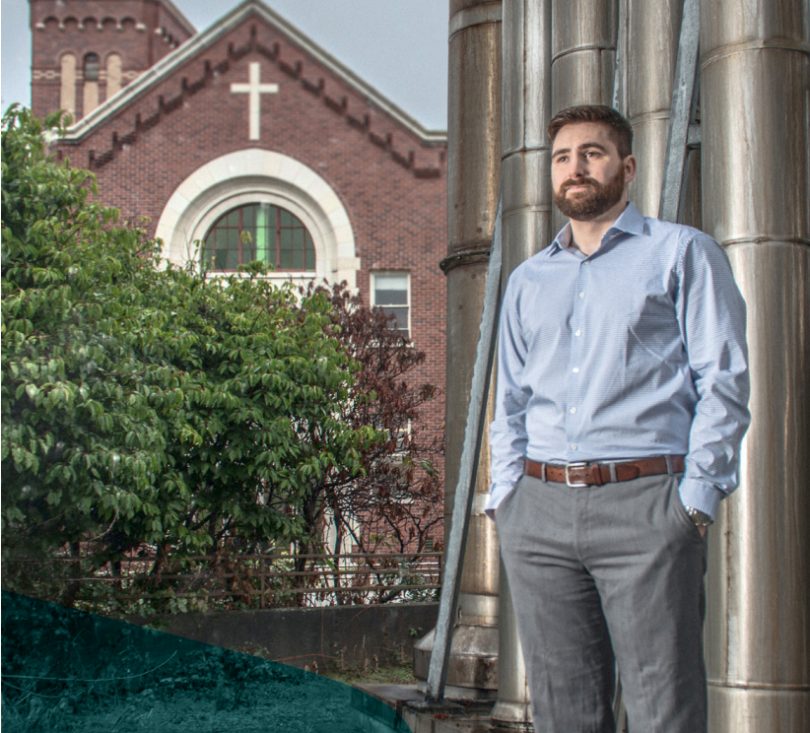 Mike Hamilton is frustrated that his health has forced him to take a break from participating in one of his passions — soccer. Ironically, it’s a knee injury that has led the athletic 29-year-old to adopt less physically punishing pursuits, and not his disease, cystic fibrosis, a genetic disorder that affects primarily the lungs as well as other organs. Despite permanent scarring on his lungs, they are working relatively well for someone with cystic fibrosis and, for now, it’s only the knee injury that’s slowing him down.

In fact, Hamilton’s knee injury might just be good news for people with cystic fibrosis (CF), since it gives Hamilton, a doctoral student, more time to spend on his research. He’s trying to better understand the mechanisms that make a particular drug effective in the treatment of CF. His research is helping to put into place pieces in the puzzle that is CF.

Dr. Bradley Quon, a respirologist and clinician scientist at St. Paul’s, is also among those looking for better treatments and an eventual cure for CF. His research is focused on finding a biomarker that will enable clinicians to detect earlier if a patient is getting sick or to determine if a patient is responding well to a particular drug treatment.

Quon’s biomarker will permit Precision Wellness. This means tailoring prevention and treatment efforts to the individual. This emphasis on the individual has replaced the approach of one-treatment-fits-all that was required before researchers had the understanding they have today of unique genetic differences. These differences explain why people with the same disease, receiving the same treatments, often respond differently.

Once a reliable biomarker has been identified it will be easier for doctors to diagnose and treat infection and inflammation in CF patients, and to avoid use of an ineffective drug. There are also potential benefits to the health care system. CF drug treatments can cost as much as $250,000 to $300,000 a year. A proven biomarker could both spare the system or the patient the cost of a treatment that may not be effective, and could encourage government to fund certain drug treatments.

Quon’s research is a textbook example of what researchers call translational research, meaning the goal is to turn research discoveries into patient benefits – fast.

His relationship with Hamilton also reflects a goal shared by the majority of clinical researchers working at St. Paul’s: achieving research breakthroughs
by engaging patients as partners. Hamilton participates as a patient in research studies and clinical drug trials, and is willing to contribute his blood or tissue samples to St. Paul’s research biobank, which makes a wide range of samples provided by patients with CF and other diseases available to researchers.

Both Quon and Hamilton are optimistic about CF research efforts currently underway and new CF treatments, which Quon says are now addressing the cause of CF rather than just the symptoms. Today Hamilton has something that has been elusive for CF patients for decades: hope.

Their optimism is driven by the course of current research and advances made in recent decades, during which life expectancy has gone from early adulthood to middle age. The idea that CF patients will one day enjoy the same quality and quantity of life as those without the disease is slowly but surely moving from dream toward reality. Dr. Quon and his colleagues are gaining an ever-greater ability to tailor treatments to individual CF patients, bringing Precision Wellness to British Columbians.