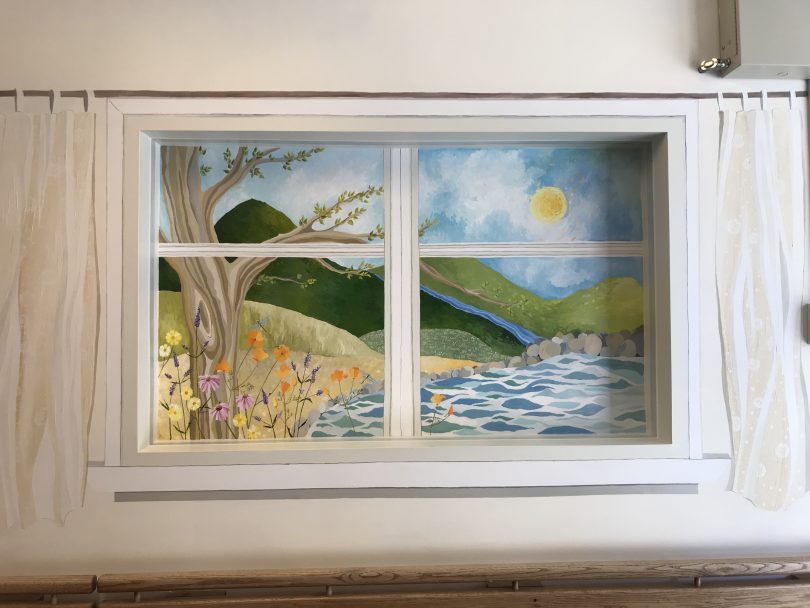 A major gift from a generous donor has made it possible for Providence to begin making changes in the north wing of one of its seniors’ residences, Holy Family Residence, to reflect the attributes of, and ultimately transfer to, the new bricks-and-mortar dementia villages Providence envisions for both Vancouver and Comox. Holy Family Residence is a Vancouver residential care home under the Providence umbrella.

More than $3 million from the estates of Beatris and Peter Jurazs was donated to Holy Family Residence and is being used in the delivery of Holy Family’s household innovation project (HIP) whose goal is to adapt the existing care home infrastructure and programs based on the principles of the De Hogeweyk dementia village model in the Netherlands.

“Providence is not waiting to build the dementia village bricks and mortar to figure out how it will work here in British Columbia. It’s activating various elements of the dementia villages now at Holy Family to see what it’s like, what works for this model in our local context and what doesn’t,” said Jo-Ann Tait, Providence corporate director, seniors care and palliative services.

On Jan. 11, in support of the HIP project and with additional funding provided by the Ministry of Health, Providence increased the number of resident care aid staff available in the evening. It also created two households of 12 residents in its north wing to simulate dementia village households where residents share a common bond. The majority of residents now have private rooms allowing for more personal and individualized space.

Smaller dining rooms have been created for the households, facilitating a more intimate and communal mealtime experience.

Beds will be designed and prototyped with motion sensor lights under the bed, illuminating the way to the bathroom so that residents who get up in the middle of the night don’t have to search for a light switch.

Over the coming months, other changes will be made including the building of a secure perimeter around Holy Family Residence, achieved by creative fencing and landscaping, that will give residents access to the outdoors.

Gastown and Hollywood among household themes

There will be a significant shift to make the care home feel more like a home than a work space. As is the case with the De Hogeweyk model, offices will take backstage, and nursing stations removed from the north wing. Institutional-type signs will no longer be posted.

“The north wing of Holy Family Residence will no longer be a workplace where people live, but a home where people happen to work. People who currently live at Holy Family are excited about this as well as their family members,” added Tait.

Holy Family HIP residents have already chosen themes for their respective households:  Gastown and Hollywood. Preliminary photos and murals have been produced by a local artist who is collaborating with residents on the decor of their households.

Dementia care more important than ever

Beatris and Peter Jurazs, the benefactors behind the $3.3 million donation, were a husband and wife who lived within humble means in order to make this substantial gift.

The HIP project is a terrific example of what is possible with donations to St. Paul’s Foundation.

To support this program, as well as all seniors care at Providence, please give at helpstpauls.com and designate your gift to seniors care.

According to Alzheimer Society Canada, in 15 years, the number of Canadians living with dementia is expected to nearly double. This will make the delivery of dementia care services and development of dementia villages like the ones planned for St. Joseph’s in Comox and Heather Street in Vancouver more important than ever.