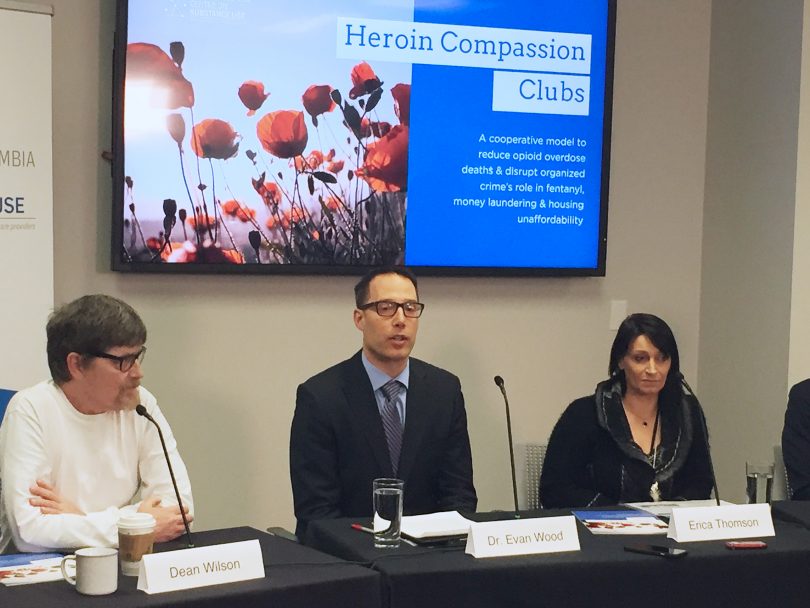 The BC Centre on Substance Use (BCCSU) has released a report that recommends the controlled regulation of heroin sales in BC. This model, the report says, would reduce overdose deaths while also combating organized crime and the profitability of the unregulated fentanyl market.

Under this model, the BCCSU envisions the establishment of “heroin compassion clubs” where opioid-using members can purchase non-fentanyl-adulterated heroin. Based on the cannabis compassion clubs and medication buyers clubs that emerged during the AIDS crisis to provide access to medical cannabis and antiretroviral medicines, closely regulated heroin compassion clubs could drastically cut fentanyl overdose deaths attributable to organized crime’s grip on the illicit heroin market, the report suggests.

“The very fabric of BC’s society is fraying due to the combined challenges of organized crime, fentanyl poisonings and money laundering in the province’s housing market and other sectors,” said BCCSU Executive Director Dr. Evan Wood in a statement. “As an addiction medicine physician and someone who has spent my career studying solutions to the challenges of addiction, I believe the only path forward for better preventing and treating opioid addiction is to wage economic war on organized crime and to regulate and control the heroin market.”

The report, Heroin Compassion Clubs: A Cooperative Model to Reduce Opioid Overdose Deaths & Disrupt Organized Crime’s Role in Fentanyl, Money Laundering & Housing Unaffordability, was written by a group of experts including public health researchers, addiction medicine specialists, and people with lived experience with substance use and recovery. It proposes a cooperative approach through which heroin could be restricted to members and legally obtained from a pharmaceutical manufacturer, while also undertaking scientific evaluation to assess impacts on reducing fentanyl deaths and the undercutting of organized crime.

This model would allow opioid-using members to buy personal amounts of heroin after completing eligibility screening by a health care provider, including an informed consent process aimed at linking users to public health and addiction treatment. The authors argue that restricted legal heroin sales would undercut organized crime and ultimately limit access to youth and other vulnerable populations.

According to the BCCSU, the key benefits of the regulated heroin compassion club model are:

Largely as a result of the fentanyl contamination of the heroin market, nearly 1,500 fatal overdoses occurred each year in 2017 and 2018. As a result, for the first time in the province’s history, average life expectancy is dropping.

This article was adapted from a BCCSU news release, which you can read here.